Morocco: detained Uyghur man must not be sent to China 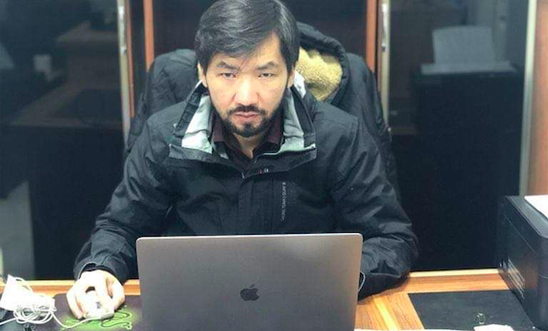 “I fear that if my husband is sent back to China, I will never see him again” - wife, Zaynura

The Moroccan authorities must not transfer Idris Hasan - an ethnic Uyghur man who was detained in Morocco more than two months ago - to China, where he would be at risk of torture, Amnesty International said ahead of his extradition hearing tomorrow (22 September).

Hasan - a 33-year-old computer designer - was arrested at Casablanca airport on 19 July after flying to Morocco from Turkey - and taken to a prison near the town of Tiflet.

The Chinese government reportedly considers Hasan to be a "terrorist” because of his previous work for Uyghur organisations. China ratified an extradition treaty with Morocco in 2017, and Amnesty believes he is at real risk of arbitrary detention and torture if forcibly transferred to China.

In June, Amnesty revealed how hundreds of thousands of Muslim men and women in China’s Xinjiang Uyghur Autonomous Region have been subjected to arbitrary mass detention, indoctrination and torture.

“I fear that if my husband is sent back to China, I will never see him again. Now that he is not here … my middle daughter wakes up every day saying that she dreamed of her dad, and she often cries for no reason. Now my children have started school, I am feeling the absence of my husband more and more. He used to take them to and from school, help them do their homework, play with them. My husband is counting the days, hoping that he will be released very soon. It will be a big setback for us all if he is not released.”

Hasan was arrested on the basis of an Interpol red notice after landing in Casablanca. Interpol has since cancelled the notice based on new information received by its secretariat.

“For Morocco to send Idris Hasan to China - where Uyghurs and other ethnic minorities are facing a horrifying campaign of mass internment, persecution and torture - would violate the country’s obligations under international law.”