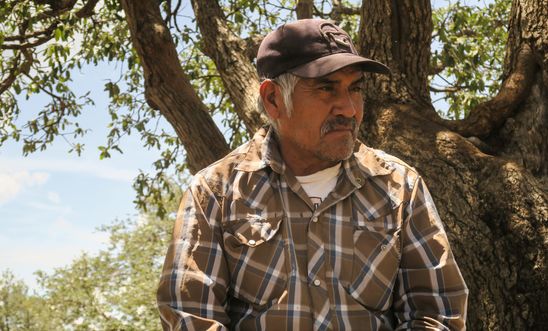 Three months after the murder, Mexican authorities have still not identified those responsible

‘Defending the environment should not be a death sentence’ - Tania Reneaum

Carrillo had previously received threats and harassment and at least five other members of his family have also been killed in recent years.

Three months after his death, the Mexican authorities have still not brought those responsible to justice. In a new report - Caught between bullets and neglect: Lack of protection for defenders of the territory in the Sierra Tarahumara – Amnesty is calling on Mexican authorities to take urgent measures to end the impunity for attacks against inhabitants of Coloradas de la Virgen, and carry out thorough, independent and impartial investigations into the killing of Carrillo and other members of his family.

“The killing of Julián Carrillo is the most obvious and appalling evidence of the Mexican authorities’ failure to comply with their obligation to guarantee effective protection from all types of violence, threats or reprisals resulting from their work defending human rights.”

In 2014, following its assessment of the serious threats that Carrillo faced, the Ministry of the Interior granted him protection measures. However, the measures – which included satellite phones, panic buttons and police escorts when he travelled – were not enough to prevent him being killed.

Amnesty has found that the authorities protection measures failed to take into account the context of poverty, marginalisation, discrimination, lack of access to basic services, the presence of organised crime or the inaccessibility of the Sierra. As a result, the measures failed to guarantee the safety of those defending human rights and Rarámuri territory.

Amnesty is urging Mexico’s new federal government to develop, as a matter of urgency and in consultation with civil society and activists, a comprehensive public policy to ensure that human rights defenders can carry out their work in safety.

“The Mexican authorities cannot continue to limit the protection of human rights defenders to a mechanism that does not work.

“The government must adopt without delay a comprehensive public policy that addresses the structural causes that give rise to the dangers facing human rights defenders. Defending the territory and the environment should not be a death sentence.”

In an interview with Amnesty just weeks before his murder, Julián Carrillo said that his greatest concern was the high level of violence in Coloradas caused by the presence of organised crime and the divisions in the community created by the granting of ejido (communal land ownership) rights to people not belonging to the community.

According to Carrillo and other community members, organised criminal networks have appropriated Indigenous territory to sow illicit crops, especially cannabis and opium poppy. Many members of the community have been displaced to nearby cities, and Indigenous leaders and their families have received numerous threats, including death threats.

Last September, Carrillo told Amnesty that he believed his relatives were threatened and killed because of their work defending human rights and their territory. He also revealed he had received threats for denouncing the effects of organised crime in the Coloradas territory.

Approximately two weeks before Carrillo was killed, members of the community reported to various state and federal authorities that a mining concession on their territory had been granted to three individuals, and they requested urgent measures to guarantee the safety of members of the community given the situation of extreme violence generated by organised crime.

Days later, Amnesty observed a community assembly in which Carrillo expressed opposition to the mining concession because of its environmental and social impact and because it could lead to a rise in violence in the area.