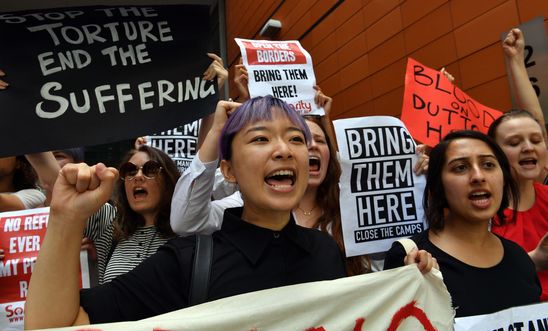 “These alarming reports are the latest indication that life for refugees on Manus Island is unbearable. There could not be a more urgent incentive for the Australian government to remove these people to safety immediately.

“The hundreds of refugees and asylum seekers Australia has exiled to Manus Island and Nauru are living in open air prisons. We were already seeing a rise in suicide attempts after a decision to shut down trauma and torture counselling and slash health services around 18 months ago. Refugees trapped on Manus Island and Nauru have been denied their safety, freedom and dignity for six years.

“The newly-elected Australian government has promised to repeal legislation which allows severely ill people to be transferred to Australia based on the advice of medical professionals rather than government bureaucrats.  It is only a matter of time before tragedy strikes again. We are urging the government to demonstrate that it has a scrap of humanity left and end the abuse of refugees on Manus Island by bringing them to Australia.”

On 23 May 2019, media carried reports that men had attempted suicide or self-harm on Manus Island since the re-election of Australia’s government. Australia’s Prime Minister, Scott Morrison, has previously pledged to repeal the ‘medevac bill’, passed on 13 February 2019, which allows refugees in Manus and Nauru needing urgent medical attention to be brought to Australia.