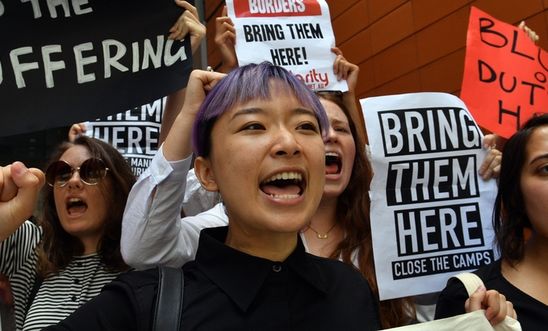 A Queensland Coroner has today ruled that the tragic death of Iranian asylum seeker Hamid Khazaei from an infection acquired in the Manus Island detention centre was “completely preventable”, highlighting severe failings in the healthcare of refugees in offshore detention centres.

“The Coroner today outlined a litany of errors that lead to Hamid Khazaei’s death in 2014 following his detention in an Australian-run detention centre in Papua New Guinea. The inquest’s finding that Hamid’s death was completely preventable cannot be ignored by the Australian government.

“The Australian government has failed to provide adequate healthcare and facilitate medical transfers for refugees and people seeking asylum in its care as needed.

“The coroner recommends that this system be substantially overhauled and that medical care must be comparable to that which is available in Australia. The Coroner also stated that medically trained professionals should make transfer decisions based on the best interests of the person in need of medical care.

“Amnesty welcomes the recommendations made by the Coroner and urges Australian Home Affairs Minister Peter Dutton to promptly implement them. The Coroner’s findings provide further proof that the medical care provided in offshore detention is completely inadequate. Amnesty therefore renews its calls for the Australian government to immediately end its cruel policies.

“After five years and 12 deaths, the Australian government must end this inhumane system for good and immediately bring all refugees and people seeking asylum detained in its offshore centres to Australia or to a safe third country.

“Until this happens, the Australian government must ensure that all people trapped in offshore detention have access to timely and quality healthcare, including by facilitating, not hindering, emergency medical transfers.”

Hamid Khazaei, originally from Iran, had been on Manus Island for a year when an infection turned to sepsis in 2014. He was first evacuated to Port Moresby, the capital of Papua New Guinea, and then to Australia, where he died in a Brisbane hospital.

The Coroner found that relevant antibiotics to adequately treat Hamid’s condition were not available on Manus Island, that he should have been intubated prior to his transfer to Port Moresby, that the Pacific International Hospital at the time did not have the ‘clinical skills to deal with his presentation’, and that there was a failure in communication and handover of clinical records throughout the course of his treatment. Whilst the Coroner did not attribute responsibility to any one individual, it held that a series of errors delayed Hamid’s access to medical care and this led to his preventable death.

The Coroner noted that it was possible to prevent similar deaths by relocating asylum seekers to other places, such as Australia or New Zealand, where better health care would be provided.

Since Hamid’s death on 5 September 2014, a further 10 people have died in connection to ‘offshore processing’. The Coroner also made recommendations that each of these deaths should be the subject of an independent investigation.

Australia has further reduced the healthcare available to people in offshore detention in Papua New Guinea. After closing the Lombrum Regional Processing Centre in October 2017, Australia terminated contracts with trauma and counselling services for refugees and asylum seekers and moved them to new detention centres where they have reduced access to health care.

This has caused further suffering to an already traumatized population. Amnesty’s report earlier this year found refugees and asylum seekers in Papua New Guinea are waiting months for diagnosis and treatment of serious conditions, including suspected cancerous lumps and typhoid.