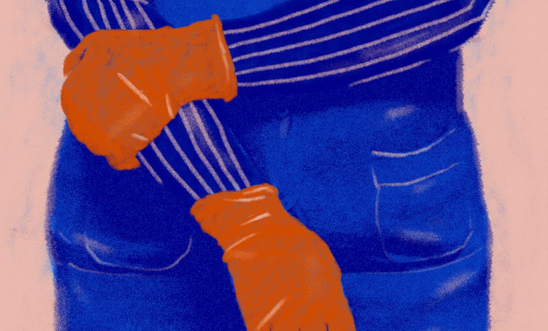 The national consultation - organised by the International Labour Organisation and Lebanon’s Ministry of Labour - is being held in Beirut over the next two days.

Lebanon has more than 250,000 migrant domestic workers, mostly women from African and Asian countries who are employed in private households in the country.

In a report last year, Amnesty found that Lebanese employers have frequently subjected domestic workers to abuse - including denying them rest days, forcing them to work very long hours, withholding pay, confiscating passports, severely restricting freedom of movement and communication, depriving them of food and proper accommodation, and subjecting them to verbal and physical abuse.

Amnesty has also documented some extreme cases of forced labour and human trafficking.

Currently, migrant domestic workers in Lebanon are trapped by the kafala system, which ties a worker’s legal residency to their employment contract. This inherently abusive arrangement increases the risk of them suffering exploitation, forced labour and trafficking, and leaves those who are exploited and abused with little prospect of obtaining redress.

“The Lebanese government must seize this opportunity to urgently reform the kafala system.

“For decades, successive Lebanese governments have turned a blind eye to the abuses that migrant domestic workers suffer in their place of employment.

“Under kafala, these workers cannot leave their employers without losing their immigration status. The situation is particularly precarious for domestic workers as kafala enables serious abuses to be committed against them.

“The ongoing economic crisis in Lebanon has exacerbated the situation for migrant workers. Many have reported that the value of their salaries has decreased by around a third because of the currency crash.”

The new consultation is a significant opportunity to adopt a revised Standard Unified Contract for the Employment of (Migrant) Domestic Workers in Lebanon.

Amnesty is calling on Lebanon’s labour minister, Lamia Yammine, to ensure that the revised draft includes provisions addressing current inequalities and power imbalances between employers and workers. A new standard unified contract must include:

*The right of all workers to resign and terminate their employment contract without losing valid immigration status.

*The right of all workers to change employer without the consent of their current employer and without losing valid immigration status.

*A provision ensuring that all domestic workers are eligible for the national minimum wage, thereby ending discrimination based on nationality.

*A prohibition on the confiscation of the worker’s passport and identity documents by employers.

*A provision enabling live-in domestic workers to freely leave the household during their daily and weekly rest periods, and a clear prohibition on locking workers in the houses of their employers.