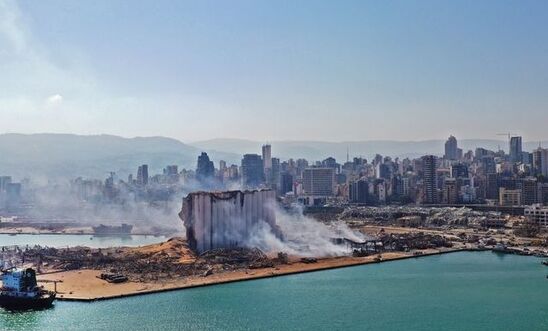 “The horrific scenes in the aftermath of the explosion yesterday were devastating for a country already suffering under the strain of multiple crises. Our thoughts are with the victims and their families at this tragic time.

“Whatever may have caused the explosion, including the possibility of a large amount of ammonium nitrate stored unsafely, Amnesty is calling for an international mechanism to be promptly set up to investigate how this happened.

“Amnesty also calls on the international community to urgently increase humanitarian aid to Lebanon at a time when the country was already struggling with the severe economic crisis, as well as the COVID-19 pandemic.”

Yesterday (4 August), an explosion in the port area of Beirut, Lebanon, killed at least 100 people and left an estimated 4,000 more injured.

Lebanon’s President Michael Aoun has said the blast was caused by 2,750 tonnes of ammonium nitrate that had been stored unsafely in a warehouse. Today, an official three-day period of mourning has been declared, as rescue workers continue to search through rubble for survivors.

Amnesty believes an international investigation, free from any potential domestic political interference, is necessary to ensure truth, justice, and reparations for victims.