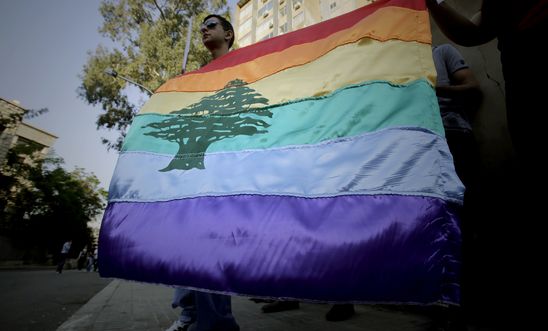 Telecommunications Ministry confirms to Amnesty that ban has been enforced

“The decision to ban Grindr in Lebanon is a deeply regressive step and a blow for the human rights of the local LGBTI community.

“As well as being a flagrant assault on the right to freedom of expression, this move will serve to entrench and legitimise homophobic views within the country.

“No-one should face discrimination or punishment for their sexual orientation.

“Instead of blocking apps used by the gay community, the Lebanese authorities should immediately revoke this ban and focus their efforts on ending their crackdown against LGBTI people.”

Amnesty has obtained confirmation from an official source at the Lebanese Telecommunications Ministry that it had issued the Grindr decision. In January, access to Grindr was partially blocked on some Lebanese mobile data networks, apparently on the orders of the ministry.

LGBTI people in Lebanon continue to be denied the freedom to exercise their rights. Lebanon’s penal code - which criminalises “sexual intercourse which contradicts the laws of nature” - has been used to prosecute LGBTI people.

Just over a year ago, Lebanon’s Internal Security forces also banned a series of activities organised by LGBTI activists to mark International Day Against Homophobia and Transphobia, citing “security” concerns.