Kurdistan Region of Iraq: 'chilling' crackdown on journalists and activists 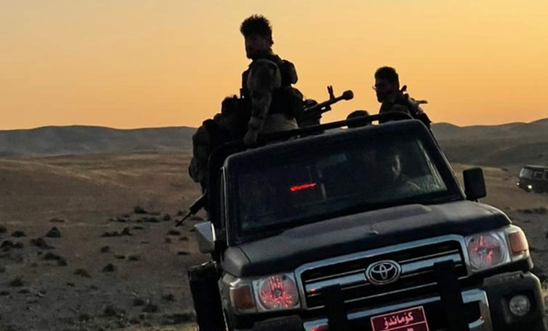 Arbitrary arrests and enforced disappearance of dozens in the past year

Crackdown intensified after protests against corruption and poor public services

‘Many of those detained were tried on fabricated charges’ - Lynn Maalouf

The authorities in the Kurdistan Region of Iraq have launched a chilling crackdown on journalists and activists in the past year amid a “growing atmosphere of fear” in the region, said Amnesty International today.

The crackdown began in March 2020, intensifying after widespread protests in August demanding an end to corruption and better public services.

In the governorate of Duhok alone, Kurdish security forces arrested more than 100 people between March 2020 and April 2021. Most were later released but at least 30 remain in detention.

Amnesty investigated in detail the cases of 14 people from Badinan, in Duhok governorate, who were arbitrarily arrested between March and October 2020 by Asayish (Kurdistan Regional Government security and intelligence) and Parastin forces (Kurdistan Democratic Party intelligence) in connection with their participation in protests, criticism of the local authorities or for their journalistic work.

All of the 14 were held incommunicado for up to five months and at least six were forcibly disappeared for periods of up to three months. Eight of the detainees said they had been tortured or otherwise ill-treated during their detention. On 16 February, five were sentenced to six years in prison based on “confessions” extracted under duress.

The Kurdistan authorities have used three specific laws to arrest and prosecute the activists - Law no.21 on matters of national security, a defamation law and a law on the misuse of electronics, all of which contain vague and overly-broad definitions of crimes not recognised under international law.

“The authorities in the Kurdistan Region of Iraq have launched a chilling crackdown in their efforts to silence critics over the past year.

“They have rounded up activists and journalists, prosecuting them on trumped-up charges in unfair trials and harassing or intimidating family members who were kept in the dark about the status of their loved ones.

“Many of those detained were tried on fabricated charges and some of those who have been released have fled the region, amidst a growing atmosphere of fear that has even seen family members of activists, journalists and protesters threatened and harassed.

"The Kurdistan Region of Iraq authorities must end the crackdown and immediately release all of those who have been arbitrarily detained.”