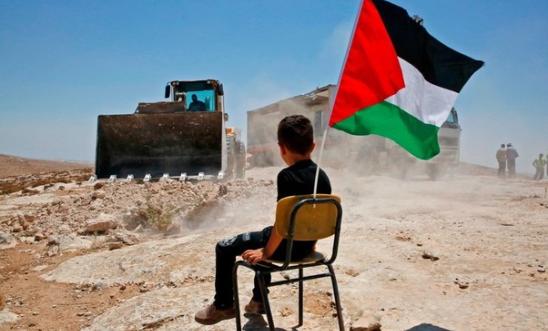 In the latest incident, Palestinian journalist Shirin Abu Akleh was shot in the head while covering an Israeli military raid in the city of Jenin

‘How many more [Palestinians] need to be killed before the international community [holds] Israel accountable for the continuing crimes against humanity?’ - Saleh Higazi

In the latest incident, Palestinian journalist Shirin Abu Akleh was shot in the head while covering an Israeli military raid in the city of Jenin, in the northern occupied West Bank.

Palestinians, including children, have increasingly been killed or injured as a result of the Israeli authorities’ use of excessive force when policing protests or carrying out search-and-arrest raids. Some Palestinians appear to have been killed in acts that amount to extrajudicial executions, which constitute a crime under international law.

“The killing of veteran journalist Shirin Abu Akleh is a bloody reminder of the deadly system in which Israel locks Palestinians. Israel is killing Palestinians left and right with impunity.

“How many more need to be killed before the international community acts to hold Israel accountable for the continuing crimes against humanity?

“Countries around the world have a moral and legal responsibility to take immediate action to put an end to the continuing crimes perpetrated by Israel against Palestinians to maintain the calamity of apartheid.

“The Prosecutor of the International Criminal Court should set the course for justice, truth and reparation to end the impunity that encourages these ongoing crimes.”

Violence has been escalating since Israeli Prime Minister Naftali Bennett took office on 21 June last year, with the months of March and April seeing the highest number of Palestinians and Israelis killed outside of armed hostilities in Israel and the Occupied Palestinian Territories (OPT) in any two months since 2008.

Between 21 June 2021 and up until 11 May 2022, Israeli forces killed at least 79 Palestinians - including 14 children - in the OPT, according to United Nations Office for the Coordination of Humanitarian Affairs (UNOCHA) and Amnesty’s records.

The alarming escalation in serious violations comes at a time when top Israeli officials have threatened further violence against Palestinians. Israeli government officials, including Prime Minister Naftali Bennett, have made repeated statements that incite violence and encourage the use of unlawful force in addition to giving orders to shoot Palestinians who pose no imminent threat. Other politicians have also openly incited violence, highlighting the extent of Israel’s institutionalised discrimination against Palestinians. While Palestinian authorities in the West Bank have condemned all Palestinian attacks on Israeli civilians, spokespeople for some Palestinian armed groups have encouraged such attacks.

The killing of Palestinian children

Since the beginning of this year Israeli armed forces have killed eight Palestinian children in circumstances that appear to be unlawful, including excessive and reckless use of lethal force, according to records kept by Amnesty. In addition to this, an armed settler killed one Palestinian child during this period.

On 13 April, Israeli forces fired at 16-year-old Qusai Fuad Mohammad Hamamra as they were policing a protest by Palestinians near the entrance to Husan, a town near Bethlehem.

According to human rights organisation Defense for Children International Palestine, Hamamra sustained multiple gunshot wounds. At least one bullet struck him in the head. The Israeli army said in a statement that a person in Husan was shot after hurling a Molotov cocktail at Israeli soldiers, who were not injured.

“I saw the blood at the place where he was shot. It was like when you slaughter a sheep. No one could get near because of the shooting. He had dreams. I had dreams for him. Now they are over.”

Brutal attacks at the al-Aqsa mosque

During Ramadan (3 April - 8 May), Israeli authorities restricted access for Muslim worshippers to the al-Aqsa mosque in East Jerusalem, and set up semi-permanent checkpoints to block access on roads that lead to the mosque.

Israeli police brutally attacked worshippers in and around the mosque and used violence that amounts to torture and other ill-treatment to break up gatherings.

On 15 April, more than 400 Palestinians, many of them children, were detained following a six-hour escalation that left at least 150 Palestinians injured by rubber bullets and beatings with batons, according to the Palestine Red Crescent Society.

According to eyewitnesses, police aimed at the upper body - including the face, back, and chest - when firing rubber bullets. They also targeted journalists, paramedics, women, elderly people and men with disabilities.

“Paramedics set up a tent on the mosque esplanade and the tent came under fire from rubber bullets, too. People who tried to reach the injured to carry them to the medical tent were shot at.”

Separate attacks by armed Palestinian individuals have killed 18 people in cities across Israel, including three police officers and two foreign nationals, since 22 March. Six Palestinian attackers were killed by Israeli forces while one attacker was killed by an armed Israeli citizen.

On 7 April, a Palestinian from Jenin refugee camp shot at people in a restaurant in Tel Aviv, killing three people and injuring a dozen more.

Following the attack, the Israeli authorities arbitrarily restricted freedom of movement for all residents of Jenin until 17 April. The two main military checkpoints controlling movement in and out of the city were declared closed. Palestinian citizens of Israel and Palestinian traders from Jenin were not allowed to cross the checkpoints for business, and approximately 5,000 permits for religious access were revoked.