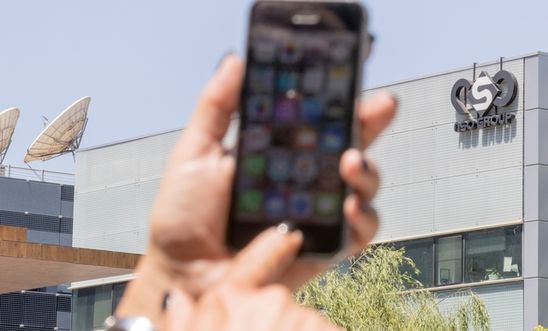 Amnesty International is supporting legal action to take the Israeli Ministry of Defence to court to demand it revokes the export licence of NSO Group, an Israeli company whose spyware products have been used in attacks on human rights defenders around the world.

In a petition to be filed tomorrow (14 May) at the District Court of Tel Aviv, Amnesty Israel and other groups will show how the Israeli MoD has put human rights at risk by allowing NSO to export its products.

Last August, an Amnesty staff member received a WhatsApp message in Arabic with a link claiming to be about a protest outside the Saudi Arabian embassy in Washington DC, sent when Amnesty was campaigning for the release of jailed Saudi women activists. If clicked, Pegasus software would have infected the Amnesty employee’s phone, taking near-total control of the cameras and microphone, tracking keystrokes and accessing contact lists.

“The Israeli MoD has ignored mounting evidence linking NSO Group to attacks on human rights defenders, which is why we are supporting this case.

“NSO Group sells its products to governments who are known for outrageous human rights abuses, giving them the tools to track activists and critics.

“As long as products like Pegasus are marketed without proper control and oversight, the rights and safety of Amnesty International’s staff and that of other activists, journalists and dissidents around the world is at risk.”

“The targeting of human rights defenders for their work, using invasive digital surveillance tools, is not permissible under human rights law.

“Without stronger legal checks, the spyware industry enables governments to trample on the rights to privacy, freedom of opinion and expression.

NSO Group claims it helps governments fight terrorism and crime, but has not credibly addressed mounting evidence linking the Pegasus spyware platform to attacks on human rights defenders. Although the company says it undertakes a rigorous review before sales of its products, it has failed to disclose its due diligence process except for veiled references to the existence of an ethics committee. It remains unclear what factors are taken into consideration before the company sells an inherently invasive product like Pegasus.

NSO Group has also refused to accept responsibility or provide remedies for the multiple reported instances of misuse of its surveillance technologies.

“NSO Group develops cyber technology to allows government agencies to identify and disrupt terrorist and criminal plots. Our product is intended to be used exclusively for the investigation and prevention of crime and terrorism. Any use of our technology that is counter to that purpose is a violation of our policies, legal contracts, and the values that we stand for as a company. If an allegation arises concerning a violation of our contract or inappropriate use of our technology, as Amnesty has offered, we investigate the issue and take appropriate action based on those findings. We welcome any specific information that can assist us in further investigating of the matter.”

Amnesty is campaigning for the UK Government to step up its response to escalating attacks on human rights defenders worldwide.