Iraq: Coalition should follow Australia's lead after admission of 18 civilian deaths in Mosul 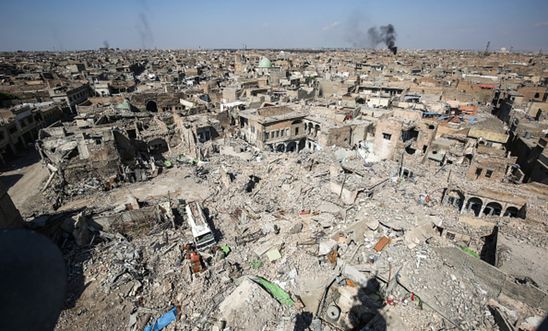 Responding to the Australian Defence Force’s admission that its airstrikes in the Iraqi city of Mosul may have caused up to 18 civilian deaths in 2017, Lynn Maalouf, Amnesty International’s Middle East Research Director, said:

"The Australian Defence Force’s latest admission that its airstrikes killed civilians during the battle for Mosul in 2017 is a step in the right direction.

"Once again, the Australian government has proven more willing to take responsibility for causing loss of civilian life than its Coalition partners, including the UK, USA and France.

"The matter must not end here, however. The ADF should continue to lead by example by providing the further details necessary to help an independent assessment of whether this attack and its operations in Mosul complied with international humanitarian law.

“We know that an Australian plane struck a target in west Mosul and unintentionally killed up to 18 civilians in a nearby house. In order to understand how this happened the ADF needs to disclose more information, including the type of weapon used in the strike, the nature of the target, what measures were taken to ensure that the target was a military objective, whether other means or methods of attack that would have minimised the risk to civilians were considered, and what was done to collect information about the presence of civilians in the vicinity.

“The ADF has taken a positive step by acknowledging that their attacks resulted in civilian casualties. What they must do now is provide the victims’ families with the best chance of achieving justice and accountability. The way to do this is to release the further information required.”

Yesterday, the ADF’s Air Marshal Mel Hupfeld acknowledged that as many as 18 civilians were killed in an attack on a target in west Mosul in which two Australian Super Hornet F-18 jets were involved on 13 June 2017.

This follows a previous ADF admission on 28 March 2018 that it killed two adults and injured two children in a strike on Mosul that came to light following Amnesty investigations on the ground.

Coalition denials in Mosul and Raqqa

The Coalition’s battle to wrest Mosul from the Islamic State armed group began in October 2016 and ended in July 2017. Throughout the assault, and especially in its later stages in west Mosul, the Coalition relied heavily upon air power, despite the presence of civilians trapped in the city by ISIS.

Amnesty revealed the devastating effects of this upon the civilian population with its July 2017 report, At Any Cost: The Civilian Catastrophe in west Mosul, Iraq.

Last year, UK Defence Secretary Gavin Williamson said in the House of Commons that Amnesty’s findings of Coalition air attacks in Iraq and Syria were “unfounded” and branded reports “deeply disappointing and disgraceful” while praising the “amazing professionalism of our Royal Air Force”.

The Coalition claims to be “transparent” and to have “meticulous processes” in place to ensure everything possible is done to avoid civilian casualties, but they repeatedly fail to demonstrate that this is in fact the case.