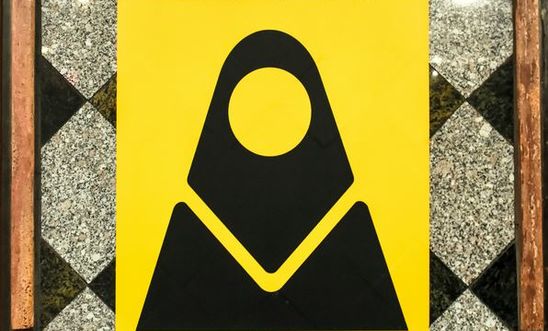 At least six cases since April, including one where state broadcaster forcibly filmed detained mother and daughter

Amnesty International has identified at least six such cases since April.

Intelligence and security officials orchestrating the propaganda videos have ordered the women to renounce their opposition to forced veiling, denounce the White Wednesdays campaign against veiling laws, and express “regret” for allowing themselves to be “incited” by “anti-revolutionary opposition agents” outside the country.

In one recent case, 22-year-old Saba Kordafshari, who was arrested on 1 June, was held for ten days in solitary confinement in Vozara detention centre in Tehran, during which time she was put under constant pressure to appear on camera and denounce the White Wednesdays campaign. Interrogators said she would only be released if she made a “confession”, and threatened to arrest her mother if she did not “cooperate”. On 10 July, the authorities carried out their threat and arrested Kordafshari’s mother, Raheleh Ahmadi.

After various secretive transfers, Kordafshari was sent to Evin Prison, which is under the control of Iran’s Revolutionary Guards, and put under renewed pressure to make a “confession”.

In another case, women’s rights activist Yasaman Aryani, aged 24, was arrested by security forces on 10 April at her home in Tehran. Her mother, Monireh Arabshahi, was arrested the next day after enquiring about her daughter’s whereabouts. Amnesty has since learned that, while in solitary confinement for nine days, security forces threatened Aryani with the arrest of her younger sibling and father unless she appeared on camera expressing “repentance” for sending videos to the White Wednesdays campaign. She was also taunted with claims that her case had been forgotten by the outside world.

On 18 April, without explanation, Aryani and her mother were put into a van and driven to an unidentified location in Tehran. As soon as they were out of the van, they were confronted with camera crews from the state broadcaster, the Islamic Republic of Iran Broadcasting, who filmed them without their consent. They were then taken to a room to be “interviewed” and, when they objected, were told they had no choice but to answer questions.

In another case in March the authorities summoned Zarrin Badpa, the elderly mother of Masih Alinejad, a US-based Iranian journalist and founder of the White Wednesdays campaign, for interrogation. She was questioned and filmed for two hours about her daughter’s activities. Amnesty is concerned that the authorities may feature her answers in future propaganda videos, given their record of engaging in such abusive practices.

Amnesty has launched a campaign for three of the women.

“These women should not even be detained in the first place.

“The authorities should release them immediately and unconditionally, drop all the charges against them and refrain from broadcasting their forced ‘confessions’ on state media outlets.

“The Iranian authorities should be under no illusion that the coercive and cruel nature of the video ‘confessions’ extracted from women’s rights defenders and their families will go unnoticed.

“Any state-controlled bodies involved in the production and broadcasting of these ‘confession’ videos share responsibility for the human rights violations committed against the women and their families.”

The White Wednesdays campaign is a popular online platform on which women from inside Iran share videos of themselves walking in public without a headscarf and expressing opposition to forced veiling, and discussing their hopes for women’s rights.

Amnesty is aware of at least eight women currently in detention for their activism against forced veiling and the White Wednesdays campaign: Yasaman Aryani and her mother, Monireh Arabshahi; Saba Kordafshari and her mother, Raheleh Ahmadi; Mojgan Keshavarz; Fereshteh Didani; and two other women whose names are not yet known to Amnesty. They are facing various charges, including “inciting and facilitating corruption and prostitution”, “spreading propaganda against the system”, and “gathering and colluding to commit crimes against national security”.

Under Iran’s compulsory veiling laws, the punishment for women seen in public without a headscarf includes arrest, a prison sentence, flogging or a fine. Forced veiling laws violate a whole host of rights, including the rights to equality, privacy, and freedom of expression and belief. The practice of compulsory veiling also degrades women and girls, stripping them of their dignity and self-worth.