Iran: Stop execution of man arrested at 16 and forced to 'confess' to murder under torture 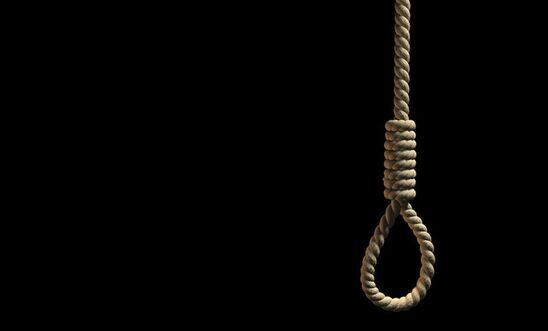 Mohammad Hassan Rezaiee, 30, has spent more than 12 years on death row and will be executed 'next week'

As a child he was forced to ‘confess’ to murder after being beaten, kicked, punched and whipped

Responding to the Iranian authorities’ plans to execute 30-year-old Mohammad Hassan Rezaiee for a crime that took place when he was 16 years old - and following a conviction based on “confessions” extracted under torture - Diana Eltahawy, Deputy Director for the Middle East and North Africa at Amnesty International, said:

“The Iranian authorities are yet again waging an abhorrent assault on children’s rights and making an absolute mockery of juvenile justice.

“Imposing the death penalty on someone who was a child at the time of a crime is a serious violation of international human rights law, which absolutely prohibits the use of the death penalty for crimes committed by children.

“The injustice is further compounded by the Iranian authorities’ determination to proceed with the execution, despite his grossly unfair trial and the absence of any investigation into Mohammad Hassan Rezaiee’s allegations of torture and other ill-treatment.

“We call on the Iranian authorities to immediately halt Rezaiee’s execution, quash his conviction and sentence, and grant him a fair retrial conducted in full compliance with the rules of juvenile justice and without resorting to the death penalty.”

In 2007, 16-year-old Rezaiee was arrested in connection with the fatal stabbing of a man in a group fight. His trial was grossly unfair. Despite his young age, the authorities held him in prolonged solitary confinement, without access to his family and lawyer.

He was repeatedly tortured in a bid to get him to "confess" - beaten him with sticks, kicked and punched as well as whipped with pipe hoses. In 2008, a court relied on his forced ‘confessions’ to convict and sentence him to death – despite he and his lawyer clearly stating that these "confessions" were obtained by torture while he was held by the Investigation Unit of Iran’s Police (agahi) in Bandar-e Anzali, Gilan province. Iran’s Supreme Court later upheld the conviction and death sentence.

Since then, Rezaiee and his family have not had the financial means to hire a lawyer to formally submit a retrial request on his behalf based on Article 91 of the 2013 Penal Code, which allows for an alternative punishment to the death penalty if a court determines that a juvenile defendant did not understand the nature or consequences of the crime, or if their “mental growth and maturity” at the time of the crime were in doubt.

Last year, Rezaiee’s father wrote to the Iranian authorities requesting a retrial. The family was told that the case had been referred to the Supreme Court for consideration, but they have not received any updates on the status of their request.

Yesterday, after more than 12 years on death row, Mohammad Hassan Rezaiee was transferred to solitary confinement in Lakan Prison in Rasht. His family was told that his execution would be carried out ‘in a week’.

Iran is one of the last countries in the world to continue using the death penalty for crimes committed by people under the age of 18. This is in violation of its obligations under the International Covenant on Civil and Political Rights and the Convention on the Rights of the Child.

In April this year, Iranian authorities executed two other young men arrested as children, Shayan Saeedpour and Majid Esmailzadeh. Amnesty is concerned that at least 90 juvenile offenders remain on death row in Iran.

Amnesty has repeatedly called on the Iranian authorities to amend Article 91 of the 2013 Islamic Penal Code to abolish the death penalty for crimes committed by people under the age of 18.

Amnesty opposes the death penalty in all cases without exception, regardless of the nature of the crime, the characteristics of the offender, or the method used by the state to execute the prisoner. The death penalty is a violation of the right to life and the ultimate cruel, inhuman and degrading punishment.