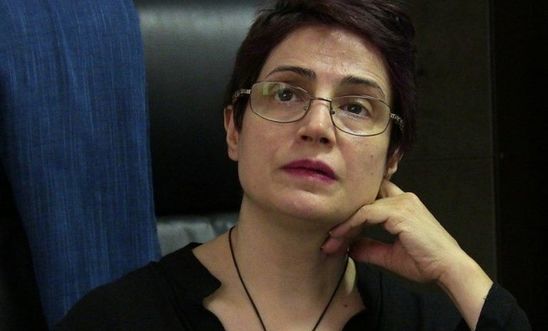 More than one million people have signed a petition calling for the release of the Iranian human rights lawyer Nasrin Sotoudeh, who is serving a long jail sentence after two grossly unfair trials.

Sotoudeh - a prominent lawyer and women’s rights defender who has dedicated her life to human rights work, including opposing discriminatory forced veiling laws and the death penalty - was sentenced in March this year to 33 years and six months in prison (as well as 148 lashes) in connection with her human rights work.

In 2016, Sotoudeh was sentenced to five years’ imprisonment in a separate case also linked to her human rights work. Taken together, the total prison sentence against the lawyer is 38 years and six months, 17 years of which she is required to serve.

Sotoudeh’s case is part of a wide crackdown by the Iranian authorities in recent years to crush civil society and silence human rights activists. Amnesty’s petition - comprising 1,188,381 names - is being handed in to Iranian embassies around the world to mark a year since Sotoudeh was arrested on 13 June 2018.

“The cruel sentence, handed down to Nasrin Sotoudeh for defending women’s rights and standing up against Iran’s discriminatory and degrading forced veiling laws, has sent shockwaves around the world.

“The injustice of her case has touched the hearts of hundreds of thousands of people who, in a moving display of solidarity, have raised their voices to demand her freedom.

“We hope the support for Amnesty International’s campaign shows Nasrin Sotoudeh that, despite having to face an agonising ordeal, she is not alone.

“Her continued detention has exposed the depths of the Iranian authorities’ repression on an international stage.

“Today we are sending them a clear message: the world is watching and our campaign will continue until Nasrin Sotoudeh is free.”