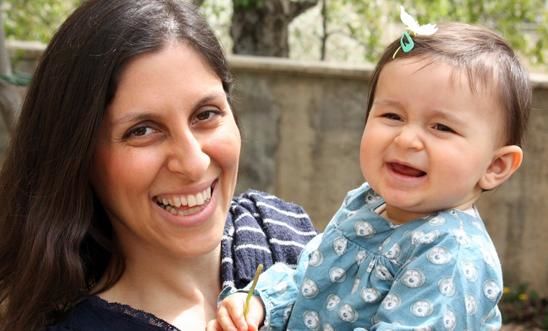 Responding to reports from her husband that the British national Nazanin Zaghari-Ratcliffe will again have her temporary furlough release from jail in Iran extended, Kate Allen, Amnesty International UK’s Director, said:

“Another period of this ‘conditional liberty’ is far better than outright jail, but we’re worried that the Iranian authorities are still playing games with Nazanin and her family.

“Nazanin was convicted after a deeply unfair trial, and she should never have been behind bars at all.

“Obviously, there should be no question of Nazanin ever being sent back to Evin Prison. There are numerous reports of COVID-19 in Iranian jails, with detainees pleading for basic things like soap to help combat the disease.

“With Nazanin’s long-term fate still apparently undecided, the UK Government must step up efforts do everything within its power to ensure her full and unconditional release.”

Nazanin Zaghari-Ratcliffe, 41, was arrested at Imam Khomeini airport in Tehran in April 2016 as she was about to board a plane back to the UK following a family holiday in Iran. After being detained for more than five months, initially for 45 days in solitary confinement without access to a lawyer, Zaghari-Ratcliffe was subjected to a deeply unfair trial and sentenced to five years in prison after being convicted of “membership of an illegal group”. The charges appear to relate to her employment at Thomson Reuters Foundation, a charity organisation, as well as her past work as an administrative assistant on a BBC charity project.

In March this year, Nazanin Zaghari-Ratcliffe - like numerous prisoners in Iran - was released on a temporary furlough basis after fears that coronavirus could infect large numbers of detainees in Iran’s overcrowded jails. After being allowed out of Tehran’s Evin Prison, she has been required to wear a security device limiting her to within 300 metres of her parents’ home in the capital.