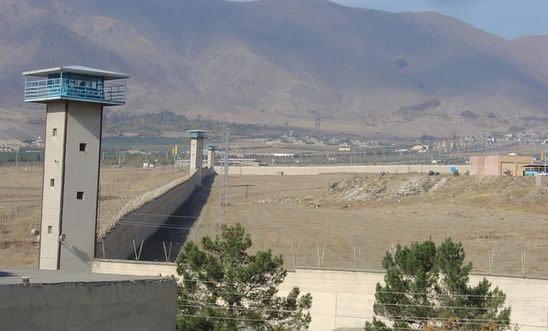 Reports that security forces used live ammunition and tear gas in jails, with prisoners stripped and beaten after protests crushed

An estimated 21 prisoners in Iran are thought to have been killed after the security forces used lethal force to quell protests among inmates who feared they were at risk of contracting coronavirus in jail, Amnesty International has learned.

In recent days, thousands of prisoners in at least eight prisons in Iran have staged protests. In several prisons, live ammunition and tear gas were used to suppress the protests, killing a number of prisoners and injuring hundreds of others, according to credible sources.

In at least one prison, security forces beat those taking part in the protest action, possibly leading to the death of an inmate.

According to independent sources including prisoners’ families, on 30 and 31 March security forces used excessive force to quell protests in Sepidar and Sheiban prisons in the city of Ahvaz in Khuzestan province. The head of the Khuzestan police force has admitted that members of the Revolutionary Guards and the paramilitary Basij force suppressed protests after inmates set rubbish bins on fire.

The Sepidar protests appear to have started after the authorities reneged on earlier promises to release certain categories of prisoners as a precautionary measure to prevent the spread of COVID-19. Numerous videos taken outside Sepidar and Sheiban prisons show smoke rising from the buildings, with gunfire and screams clearly audible. Reports from prisoners’ families, as well as journalists and Ahwazi Arab rights activists, suggest that security forces used live ammunition and tear gas to end the Sepidar protests, causing injuries and 15 deaths.

Relatives of a prisoner killed in Sepidar told Amnesty that several days after the protests they were called by the police and instructed to collect the body of their loved one. The police claimed he died from a drug overdose, though the family insist he never used drugs. The authorities have refused to provide the family with a death certificate or any other written confirmation of the cause of death. As the man had no pre-existing medical conditions, his family suspect he died as a result of inhaling tear gas during the protest.

In Sheiban prison, journalists and activists reported that after unrest was contained, prisoners who took part in protests were stripped and beaten in the prison courtyard. Several inmates were killed by the security forces, according to reports from prisoners’ families, journalists and Ahwazi activists. Minority rights activist Mohammad Ali Amouri and several others were transferred out of Sheiban following the unrest and are still being held incommunicado in an unknown location. Amnesty fears they may be at risk of torture.

“It is abhorrent that instead of responding to prisoners’ legitimate demands to be protected from COVID-19, the Iranian authorities have yet again resorted to killing people to silence their concerns.

“The security forces must be instructed to immediately cease the use of unlawful lethal force, and to refrain from punishing prisoners calling for their right to health.

“An independent investigation into the torture and deaths in custody is urgently needed with a view to bringing to justice those found responsible.”

Danial Zeinolabedini, 19, who was on death row for a crime committed when he was a minor, also died in highly suspicious circumstances in the past week.

He had been taking part in COVID-19 protests in Mahabad prison in West Azerbaijan province when - on 30 March - he was transferred to Miandoab prison in the same province. Zeinolabedini called his family in distress the next day to say he had been severely beaten by prison guards, begging his family for help. On 3 April, his family received a call from the authorities claiming Zeinolabedini had taken his own life and ordering them to collect his body. His family has strongly disputed this claim, stating that Zeinolabedini’s body was covered in bruises and cuts. Amnesty has reviewed a photograph of Zeinolabedini’s body and believes it shows signs consistent with torture.

In recent weeks, prisoners and their families have been raising the alarm that the Iranian authorities have failed to properly protect the prison population during the COVID-19 pandemic. Independent media and human rights organisations have reported that inmates from several prisons have tested positive for the virus. Many prisoners have staged hunger strikes in protest at the authorities’ failure to respond to their demands for release, for testing in prisons, provision of adequate sanitary products and facilities, and the quarantining of prisoners thought to be infected.

**Note: this press release was updated 12 April 2021 to correct the estimated number of prisoners killed, based on Amnesty's ongoing investigation into the incident and new information received. Amnesty has reviewed a court document issued by Branch 101 of Criminal Court Two in the city of Bavi, Khuzestan province, which confirms that five prisoners were killed in Sheiban prison. In the original piece, Amnesty said that an estimated 36 prisoners in total were believed to have been killed by security forces, including 20 prisoners in Sheiban prison, based on reports from prisoners’ families, journalists and Ahwazi Arab human rights activists and organisations.