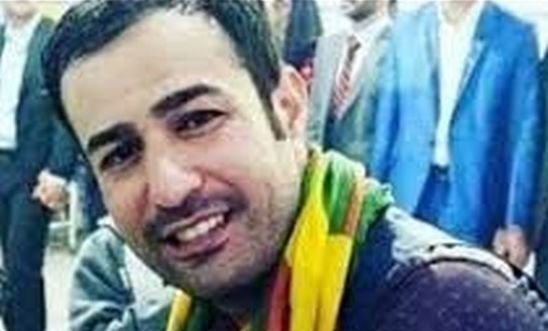 Was previously jailed for singing songs in support of opposition groups

Amnesty International has strongly condemned the flogging of a Kurdish singer and prisoner of conscience in Iran.

Peyman Mirzazadeh, who was sentenced to two years in prison and 100 lashes after being convicted of “drinking alcohol” and “insulting Islamic sanctities”, was flogged 100 times on Sunday.

According to the Iranian human rights group the Human Rights Activists News Agency, 80 of the lashes were imposed for “insulting Islamic sanctities” and 20 for “drinking alcohol”. He had also been sentenced to two years in prison in a separate case on charges that included collaborating with an opposition group.

The cruel punishment meted out at the weekend left Mirzazadeh in chronic pain with severe swellings on his back and legs. He is currently on hunger strike in protest at his treatment and sentence.

Earlier, in December 2017, he was arrested in a separate case and sentenced to six months in prison for “spreading propaganda against the system” through singing songs in support of opposition groups. He was released in June 2018 after completing this sentence.
He was arrested again in February this year and has since been in prison.

“It is appalling that Peyman Mirzazadeh was subjected to such an unspeakably cruel punishment.

“His flogging highlights the inhumanity of a justice system that legalises brutality.

“There can be no justification for carrying out flogging, which amounts to torture and is therefore a crime under international law. As a party to the International Covenant on Civil and Political Rights, Iran is legally obliged to abolish the practice, as well as other forms of corporal punishment such as amputations and blinding.

“He is a prisoner of conscience detained merely for exercising his freedom of expression, and the Iranian authorities must release him immediately and unconditionally.”

(The spelling of Peyman Mirzazadeh's name has been corrected from Mirzadeh in an earlier version of this press release; Iranian media have reported his name as Mirzadeh, but this is a misspelling).