Indonesia: 14 people could be executed this weekend 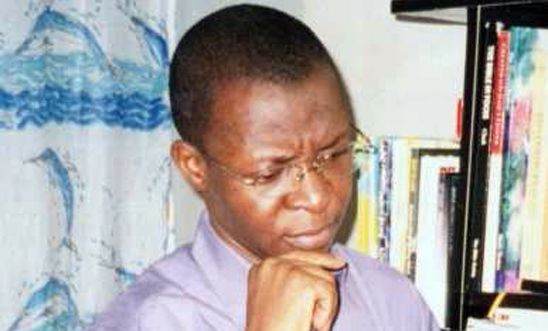 Humphrey 'Jeff' Jefferson Ejike, a Nigerian man imprisoned in Indonesia, is one of those who was told he will soon be executed © Private

‘Carrying out executions will not rid Indonesia of drugs. It is never the solution, and it will damage Indonesia’s standing in the world’ - Josef Benedict

Amnesty International has received credible reports that at least 14 people on death row in Indonesia could be executed this weekend, many of them for drugs offences.

Amnesty is especially concerned that some of the 14 - four Indonesian and ten foreign nationals, including a Pakistani, an Indian, a Zimbabwean, a Senegalese, a South African and five Nigerians - could face the firing squad despite being convicted in manifestly unfair trials.

At least four death row prisoners have been moved to Batu Prison on Nusakambangan (known as “execution island”) in Central Java in recent weeks, where 13 of the 14 executions carried out in 2015 took place. Those executions were carried out in January and April 2015, when six and eight people, respectively, were put to death by firing squad. Meanwhile, the previous administration under Susilo Bambang Yudhoyono carried out 21 executions during 2005-2013.

Indonesian national Merri Utami was moved from Tangerang Women’s Prison to Nusakambangan on 24 July, while a day later Zulfikar Ali, a Pakistani national, was moved to the execution island from Cilacap General Hospital following treatment for kidney and heart problems. The lawyer of Humphrey “Jeff” Jefferson Ejike, a Nigerian national, has told Amnesty that he received a notification on 22 July stating that Ejike and three other Nigerians on death row will be executed soon. Utami, Ali, Ejike and the three other Nigerians were all convicted of drugs-related crimes.

Indonesia’s decision to press ahead with this third round of executions has met with considerable international opposition, including from the Pakistani authorities who have called for Zulfiqar Ali’s execution to be halted. Ali, a textile worker, has described how he was tortured in custody and has spent more than a decade on death row for a drugs offence. During his pre-trial detention he was refused the right to contact his embassy and was denied access to a lawyer for around a month after his arrest. The decision to resume executions is also proving controversial inside Indonesia, with opposition from religious clerics and parliamentarians. Indonesia has a strong record of fighting for the rights of its citizens abroad on death row, but President Widodo has claimed that the death penalty is needed at home to deter drug crime.

In a report published last year, Amnesty found that in 12 Indonesian death penalty cases defendants were denied access to lawyers at the time of their arrest and at different periods thereafter. Some claimed they were subject to torture and other ill-treatment while in police custody, and were forced to “confess” to their alleged crimes. To date, these claims have not been investigated by the authorities.

“President Widodo’s era was supposed to represent a new start for human rights in Indonesia. Sadly, he could preside over the highest number of executions in the country’s democratic era at a time when most of the world has turned its back on this cruel practice.

“As the case of Zulfiqar Ali shows, international law has been repeatedly violated in death penalty cases, from the time of arrest, throughout the trial, and at appeal stage. Regardless of what we think of the death penalty, no one must have their life decided on the basis of such flawed proceedings.

“The international community should be alarmed by the revival of executions, and other countries should speak up for those facing the death penalty in Indonesia.

“There is no evidence to support President Widodo’s position. The death penalty does not deter crime. Carrying out executions will not rid Indonesia of drugs. It is never the solution, and it will damage Indonesia’s standing in the world.

“If President Widodo is serious about claiming a place for Indonesia on the world stage and as a leader for the region, he cannot ignore its human rights obligations. The first step towards that must be a moratorium on executions with a view to ridding Indonesia of the unjust punishment once and for all.”

The condemned can sit or stand, be blindfolded or hooded

Death sentences in Indonesia are carried out by a firing squad. A prisoner has the “choice” of standing or sitting, and can decide whether to have their eyes covered by a blindfold or by a hood. Firing squads are made up of 12 executioners, three of whose rifles are loaded with live ammunition, while the other nine weapons are loaded with blank rounds. The execution squad fires from a distance of between five and ten metres.