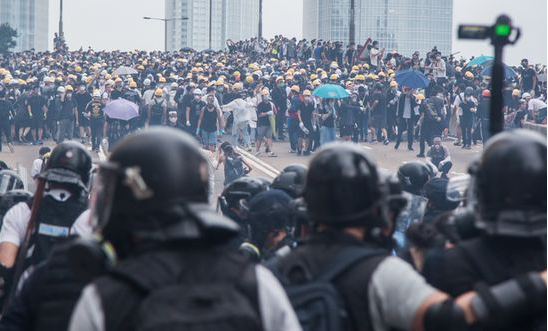 In response to today’s arrest of media tycoon Jimmy Lai and two other pro-democracy activists in Hong Kong on charges of “unlawful assembly” for their participation in protests last year, Man-Kei Tam, Director of Amnesty International Hong Kong, said:

“These unjustifiable arrests are a shameless attempt to harass and silence those in Hong Kong’s pro-democracy movement. It continues the pattern of the authorities using politically motivated charges to suppress opposition voices.

“The vast majority of people taking part in the 31 August protests were exercising their right to peaceful assembly. Peaceful protests do not require authorisation and are therefore not ‘unlawful’, as the Hong Kong authorities claim.

“With the six-month anniversary of the 31 August protests due to be marked by activists this weekend, this merely appears to be the police’s way of intimidating anyone planning to take part.

“This continued assault on freedom of expression and assembly in Hong Kong only underlines the urgent need for an independent inquiry into the heavy-handed tactics used by police against protesters since last year.”

The Hong Kong Police had banned the protests in August last year, but hundreds of thousands of peaceful protesters took to the street defying the ban.

As the protest went on, some protesters threw bricks and petrol bombs at police. The police for the first time deployed blue dye in water cannons in response – to indiscriminately mark people for identification later. On the same evening, riot police stormed into train carriages at Prince Edward metro station and assualted passengers. Two live warning shots were also fired by the police near Causeway Bay.

The UN Human Rights Committee has repeatedly expressed concern that the application of “unlawful assembly” against Hong Kong protesters risks violating their human rights. According to police figures, from June to December 2019, the Hong Kong police banned 47 out of 537 applications for public processions or meetings.