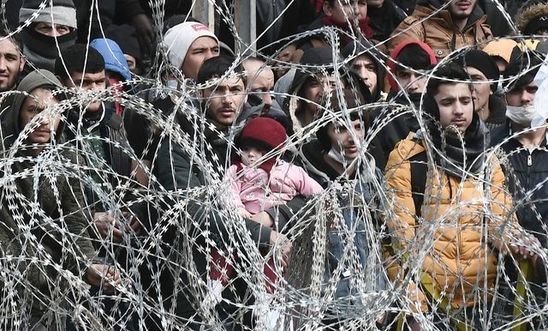 Yesterday, the Greek authorities announced they would temporarily suspend the registration of asylum claims from people who enter the country irregularly. This measure will be coupled with the immediate return without registration of new arrivals, if the return to their country of origin is deemed “possible”. It’s not clear how the Greek authorities are interpreting “possible” in this context.

Greece also announced that from today its armed forces will conduct exercises with live ammunition near the Evros land border and the Aegean Sea. Thousands of people have gathered at Turkey’s land and sea borders since Friday (28 February), when the Turkish authorities announced they would no longer prevent people from crossing there.

Thousands of people have reportedly arrived at the various Turkey-Greece border points. Since last Thursday, clashes have been reported between Greek police and people at the land border, with police using excessive force and indiscriminately firing tear gas into crowds to stop them crossing into Greece.

“The reckless measures being taken by the Greek authorities are a blatant breach of EU and international law and will put lives at risk. People seeking asylum are once again being used as bargaining chips in a callous political game.

“Greece must refrain from using excessive force and ensure search-and-rescue operations can operate at sea. People who are seeking asylum in Greece should be helped, not treated as criminals or a security threat.

“The European Commission must urgently coordinate any support that might be required to Greece and Bulgaria, to ensure asylum-seekers have access to adequate reception and asylum procedures.”