Gaza: 'damning' UN report on protest killings must lead to action against perpetrators 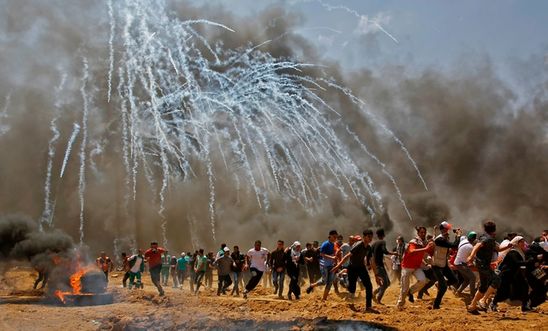 Call for information to be passed to international justice mechanisms

Responding to the findings of a report published by the UN Commission of Inquiry today which states that Israeli forces may have committed war crimes during protests in Gaza last year, including by deliberately firing on Palestinian civilians, Saleh Higazi, Amnesty International’s Middle East and North Africa Deputy Director, said:

“The findings of this report echo Amnesty International’s own conclusions - that many killings of Palestinian protesters by Israeli forces during the Great March of Return protests last year appeared to be wilful killings, constituting war crimes.

“The report paints a damning picture of Israeli forces who deliberately shot at children, health workers, journalists and people with disabilities, demonstrating a cruel and ruthless disregard for international humanitarian law.

“More than 6,000 people suffered wounds from live ammunition - placing an added burden on Gaza’s already severely strained health system - and many were denied the opportunity to travel outside Gaza to receive the care they required.

“The UN must now follow through on its recommendations to gather information on alleged perpetrators that can be passed to national and international justice mechanisms, including the International Criminal Court. Those responsible for these deplorable crimes must not go unpunished.

“The findings of this report must pave the way for justice for victims of war crimes, and break the long-standing cycle of impunity for serious violations of international law by Israeli forces in the Occupied Palestinian Territories.”