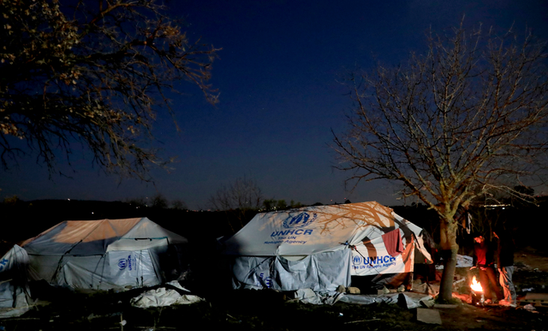 Ahead of an extraordinary EU Justice and Home Affairs Council meeting later today, Amnesty International is calling on EU member states to step in and address the crisis situation unfolding at the Greece-Turkey border.

“What we are witnessing at the Greece-Turkey border is a crisis of humanity of Europe’s making. The protection of refugees is not something that countries can duck out of when they choose.

“Greece must uphold the right to asylum and the EU must support them to do that.

“The right to claim asylum is non-negotiable. The European institutions have been quick to express solidarity with Greece, but they have failed to extend that solidarity to asylum-seekers and migrants who are in grave need of protection.

“Those people came to Europe seeking safety and have been violently denied their rights.

“Ministers meeting today need to condemn any excessive use of force against people - including NGO workers and journalists - at the land or sea borders between Greece and Turkey.”

EU member states can help alleviate the situation, Amnesty stressed, by helping Greece manage asylum requests, by providing proper reception facilities and by relocating those seeing asylum to other countries.