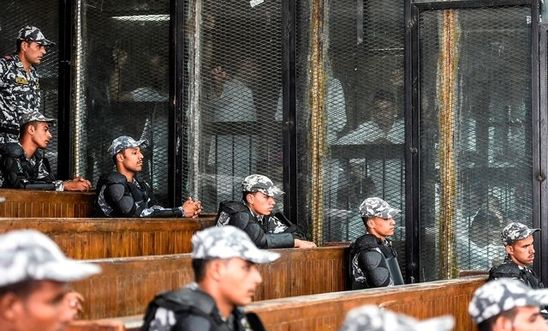 The Egyptian authorities have been conducting a longterm crackdown on anyone considered a political opponent, including by misusing counter-terrorism legislation © KHALED DESOUKI/AFP/Getty Images

Responding to an announcement that Egypt has been appointed to co-lead a review of the United Nations’ Global Counter-Terrorism Strategy, Simon Crowther, Legal Advisor at Amnesty International, said:

“This move puts Egypt - a country with a long and egregious record of human rights abuses - in a perfect position to delete the provisions protecting an individual’s human rights from the UN’s counter-terrorism strategy.

“This would have catastrophic consequences.

“The true extent of the threat this poses can be seen simply by looking at Egypt’s horrendous domestic human rights record.

“The authorities regularly use the pretext of counter-terrorism powers to arbitrarily detain thousands of political opponents, subject them to enforced disappearances and torture, and violate their right to a fair trial as well as to persecute human rights defenders, including through reprisals for their engagement with the United Nations.

“This comes within the context of Egypt’s long-term attempts to weaken human rights protections across the board at the UN level, including through repeated attempts to dilute and distort the ability of UN human rights experts to do their jobs.”

Yesterday, 2019 Egypt and Spain were selected to co-lead a review of the UN’s Global Counter-Terrorism Strategy.

On 27 November, Amnesty will publish a new report highlighting how Egypt’s Supreme State Security Prosecution is misusing counter-terrorism legislation to prosecute thousands of peaceful critics and violate their fair-trial rights.