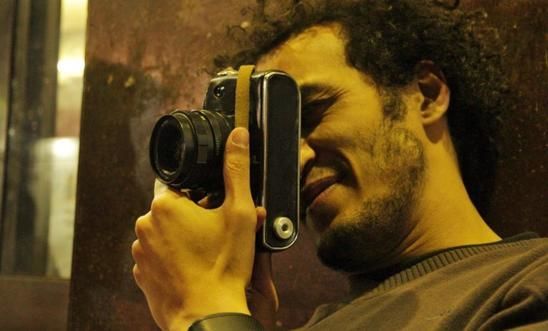 The crackdown on freedom of expression under President al-Sisi has reached alarming new levels unparalleled in Egypt’s recent history, Amnesty International said today, as it launched a campaign calling for the unconditional and immediate release of all those who’ve been detained solely for peacefully expressing their views.

The campaign - “Egypt, an Open-Air Prison for Critics” - is being launched in response to the unprecedented severity of the crackdown.

Since last December, Amnesty has documented at least 111 cases where individuals have been detained by the country’s National Security Services solely for criticising the president and the human rights situation in Egypt.

Meanwhile, hundreds of Egyptian political activists, journalists, human rights defenders, members of the opposition, artists and football fans are currently in jail for various forms of peaceful opposition. And earlier this month, a Cairo court handed down 75 death sentences, 47 life sentences and heavy prison sentences for another 612 people in a mass trial of protesters which was widely condemned by Amnesty and others.

Earlier this year, at least 35 people were detained on charges of “unauthorised protest” and “joining a terrorist group” because they stood together in solidarity in a small peaceful protest against increased metro fares. Comics and satirists are among those who’ve been targeted, including at least two people who posted satirical commentary online and were arrested by the police for “violating public decency”.

Meanwhile, the Egyptian authorities recently passed new legislation allowing for the mass censorship of independent news platforms and websites belonging to human rights groups. Since April 2017, the country’s security agencies have blocked at least 504 websites without judicial authorisation or oversight. The laws were adopted by the country’s parliament without consultation with civil society or journalists, mainly under the pretext of “anti-terrorism” measures.

Amnesty is calling on the Egyptian authorities to release all detainees jailed solely for peacefully expressing their opinions, to end media censorship and abolish legislation that encroaches on freedom of expression. Amnesty’s supporters around the world will be showing solidarity with those in Egypt risking their freedom to express their views by writing to the Egyptian government and calling for an end to the persecution.

“It is currently more dangerous to criticise the government in Egypt than at any time in the country’s recent history.

“Egyptians living under President al-Sisi are treated as criminals simply for peacefully expressing their opinions.

“The security services have been ruthless in clamping down on any remaining political, social or even cultural independent spaces. These measures, more extreme than anything seen in former President Hosni Mubarak’s repressive 30-year rule, have turned Egypt into an open-air prison for critics.”