Egypt: 'horrifying execution spree', with at least 57 killed in past two months 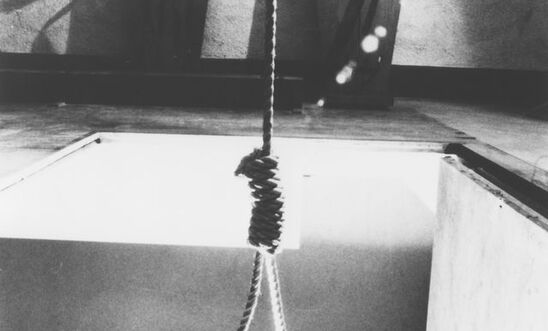 Number executed more than double for whole of 2019

A monk, Wael Tawadros, among those currently at risk of execution

The Egyptian authorities have executed at least 57 people in the past two months in a “horrifying execution spree”, nearly double the number recorded for the whole of 2019, Amnesty International said today.

Amnesty has spoken to lawyers and relatives of prisoners who have been executed or are currently on death row, and reviewed legal documents and reports from Egyptian NGOs, media articles and Facebook posts by relatives of murder victims as well as those executed.

Yet even this shocking death toll is likely to be an underestimate, as the Egyptian authorities do not publish statistics on executions or the number of prisoners on death row; nor do they inform families or lawyers in advance of executions. In addition to the 57 cases verified by Amnesty, pro-government media in Egypt have reported that an additional 31 men and three women were executed in October and November. Amnesty was unable to verify these reports independently, in part given the reluctance of family members to communicate with human rights groups for fear of reprisal.

The Egyptian authorities have also clamped down on human rights groups working on the death penalty, with staff from the Egyptian Initiative for Personal Rights arrested and interrogated about their work, including their November publication on the alarming rise in executions.

Amnesty has documented breaches of fair trial standards in mass trials in Egypt, and torture is rampant and frequently used to extract “confessions”. Courts frequently fail to investigate torture allegations and allow torture-tainted “confessions” to be presented as evidence.

“The Egyptian authorities have embarked on a horrifying execution spree in recent months, putting scores of people to death, in some cases following grossly unfair mass trials.

“These executions are particularly appalling given the well-documented and systematic breaches of fair trial rights in Egypt, with courts often relying on torture-tainted ‘confessions.

“Not only are the Egyptian authorities trampling on the right to life in shocking disregard for their obligations under international law, but they are also punishing the brave human rights defenders at the Egyptian Initiative for Personal Rights documenting and speaking out about these violations.”

Egypt’s execution spree follows a 23 September incident at Tora Maximum Security Prison One - known as al-Aqrab (Scorpion) - when four prisoners on death row and four members of the security forces were killed. Official sources blamed the violence on an alleged escape attempt by prisoners.

On 3 October, the authorities executed two men convicted in the “Alexandria Library events” mass trial for involvement in political violence in the aftermath of the authorities’ deadly dispersal of the Rabaa sit-in during August 2013.

On 4 October, ten men were executed in the “Agnad Masr” case involving attacks on officials and public property. The defendants had told Supreme State Security Prosecutors that they had been subjected to enforced disappearance and torture, though there was no investigation into these complaints. One of the executed men, Gamal Zaki, appeared in a video “confession” broadcast on several media outlets before the trial was concluded, severely undermining his right to a fair trial.

Also on 4 October, three men were executed in the “Storming the Kerdasa police station” case in the aftermath of the dispersal of the Rabaa sit-in, events which involved the death of 13 policemen. Nine Egyptian human rights organisations denounced the trials that led to their death sentences, highlighting gross violations of fair trial rights - including defendants being denied access to their lawyers during their detention, being interrogated without the presence of lawyers, and being forced to “confess”.

Monk at risk of execution

Given the Egyptian authorities’ lack of transparency, the number of prisoners currently at risk of execution in the country is unknown. Among those on death row after having exhausted all appeals is Wael Tawadros - known as Father Isaiah - a monk convicted of killing a bishop in 2018. Tawadros was sentenced to death last year following a grossly unfair trial where the court relied on his torture-tainted “confessions” to secure a conviction.

According to his family, Tawadros was arrested and held at an undisclosed location between 2 and 28 August 2018. According to a video statement given by Tawadros in court, police officers stripped him naked, took him to his monastery and told him to wear his monk’s robe. He was then beaten, given electric shocks and forced to act out the alleged murder on camera. Tawadros said that when a judge ordered he be taken to hospital for a medical test an officer forced a medical worker to write that he was in good health.

Tawadros’s family have told Amnesty that the authorities at Abaadiya prison where he is held subject him to punitive treatment - preventing him from corresponding with them and denying him regular access to a priest.