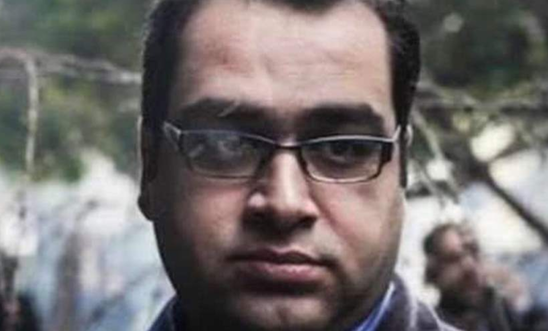 ‘He is a prisoner of conscience, who has been swept up in Egypt’s ruthless purge of critics and opponents’ - Philip Luther

An Egyptian human rights lawyer and former MP has been sentenced to a year in jail for “spreading false news with an intent to spread panic among the people and disturbing public peace” during a TV interview with BBC Arabic in 2017.

Zyad el-Elaimy, one of the leaders of the Egyptian Social Democratic Party, was also fined 20,000 Egyptian pounds (around £1,000) by the Mokattam Misdemeanour Court earlier today.

El-Elaimy has appealed against the sentence and an appeal hearing has been set for 7 April. He remains in pre-trial detention pending investigation in the “Hope case”, where he is accused - along with other politicians - of “terrorism”-related offences over an attempt to create an electoral alliance during the 2020 parliamentary elections.

The lawyer has been unlawfully detained since June last year, when he was arrested in relation to his peaceful political activities. During his TV interview with BBC Arabic, el-Elaimy spoke about politically-motivated imprisonment, enforced disappearance and torture in Egypt.

“It is outrageous that he has been punished with a year’s imprisonment simply for speaking to the media.

“The unfounded charges of which Zyad has been convicted stem solely from the peaceful expression of his opinion and his peaceful political activities, demonstrating the Egyptian authorities’ total intolerance of dissent.

“We call on the Egyptian authorities to immediately and unconditionally release Zyad and to drop all charges against him.

“He is a prisoner of conscience, who has been swept up in Egypt’s ruthless purge of critics and opponents.”