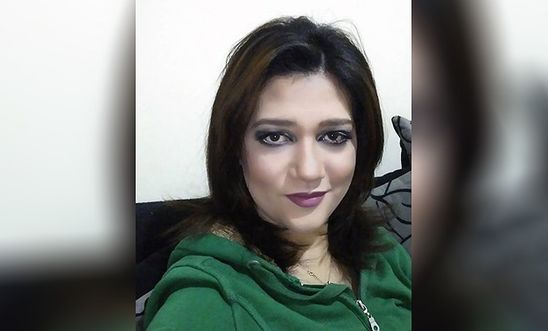 Amnesty International has condemned the arrest of an Egyptian activist for posting a Facebook video in which she shared her experiences of sexual harassment.

Amal Fathy, an Egyptian activist focusing on democratisation who’s been vocal about human rights violations in the country, was arrested at 2.30am today (11 May), along with her husband Mohamed Lotfy, a former Amnesty researcher who is director of the Egyptian Commission for Rights and Freedoms.

Police raided the couple’s Cairo home and took them - along with their three-year-old child - to Maadi police station, south of Cairo. After three hours, police said Mohamed and their child were free to go but that Amal had to stay until a prosecutor had examined her case. So far the prosecutor has not done so and she remains detained.

On Wednesday, Amal had posted a video on her Facebook page in which she spoke about the prevalence of sexual harassment in Egypt, criticising the government’s failure to protect women. She also criticised the government for deteriorating human rights, socioeconomic conditions and public services. Amnesty has examined the 12-minute video and found that it does not contain incitement of any form.

Following the video’s posting, pro-government and state-owned media outlets have released articles on its content, identifying Amal as an “April 6” movement activist and the wife of Mohamed Lotfy, and accusing her of insulting Egypt and its institutions. Since yesterday, she has received a wave of harassment and threats on social media, including gender-based insults and calls for her arrest.

“Amal Fathy criticised the Egyptian government for failing to protect women, and her arrest has shown just how pertinent her concerns are.

“It is a dark day when the Egyptian authorities are more concerned with silencing a woman who speaks out about sexual harassment than taking steps to address the issue.

“Her detention for peacefully expressing her opinions is an affront to the freedom of expression guaranteed by Egypt’s own constitution.

“The backlash against Amal Fathy is exactly why Egypt needs brave activists like her to speak up for women’s rights.

“We call on the Egyptian authorities to immediately and unconditionally release Amal Fathy”.

Amal’s husband, Mohamed Lotfy, a former Amnesty researcher, is the director of the NGO Egyptian Commission for Rights and Freedoms (ECRF). ECRF staff members have frequently been targets of government harassment since its founding in 2014. In June 2015, Mohamed Lotfy was prevented from boarding a flight to Germany and the authorities confiscated his passport, without giving a clear reason. He was not issued another passport for another two years.