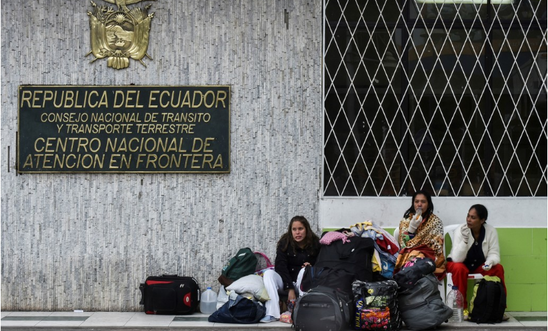 In response to reports that Ecuadorian authorities are preventing Venezuelans from entering the country at the Rumichaca border crossing, Erika Guevara-Rosas, Americas Director at Amnesty International, said:

“Amnesty International calls on the government of President Lenin Moreno to stop imposing unfair restrictions on Venezuelans trying to enter the country, for example demanding a criminal record certificate. In practice, these measures foment xenophobia and stop people in need of international protection from entering the country.”

“These people, among them children, pregnant women and elderly people, are in urgent need of food and shelter and, given the serious human rights crisis now unfolding in Venezuela, it is impossible to obtain the documents that the Ecuadorian authorities are demanding from them, such as a criminal record certificate.”