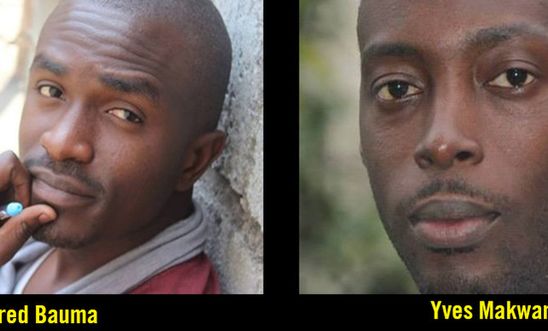 Fred and Yves among the four released

Until their release, Fred and Yves were awaiting a trial that could have seen them face the death penalty. The pair were arrested along with 26 other activists in March last year and charged with various offences including “plotting a conspiracy against the head of state”.

The two were released along with Christopher Ngoyi. Jean Marie Kalonji was also released and walked out of jail on 27 August. They were all being held at Kinshasa’s Makala Prison.

“The release of Fred, Yves and others is a rare positive step in what has been a very difficult year for freedom of expression in the DRC. The charges against them were politically motivated and must be dropped to ensure that their ordeal is over once and for all.

“In a year marked by a draconian crackdown on dissent, activists and political leaders have found themselves behind bars at the hands of a justice system that has increasingly been used as a tool for silencing dissent as the deadline for holding elections looms.”

Christopher Ngoyi was arrested in Kinshasa on 21 January last year after monitoring human rights violations during protests against electoral delays. He was held incommunicado for over 20 days before being transferred to prison. Jean Marie Kalonji, the founder of pro-democracy movement La Quatrième Voix, was arrested on 15 December 2015 and held in incommunicado detention for over four months.

Fred, Yves are part of the Lutte pour le Changement (LUCHA) youth group, which was awarded this year’s Amnesty International Ambassador of Conscience Award. After their arrest, they were held and interrogated at a secret location - Yves for 40 days, Fred for 50 - and denied access to their families and lawyers.
Amnesty campaigners and supporters wrote over 170,000 letters, sent text messages and signed petitions calling for their release as part of the organisation’s global human rights campaign, Write for Rights.

“Fred and Yves are representative of a generation of activists that continues to resist being silenced. It is shocking that they could have faced the death penalty, when all they did was engage young people in peaceful activism

“While their release is great news, the authorities must now release all other political prisoners and prisoners of conscience, including Bienvenu Matumo, Marc Kapitene and Victor Tesongo.”

Bienvenu Matumo, Marc Kapitene and Victor Tesongo were arrested in February this year hours before a stay-away protest called by the opposition to demand that President Kabila steps down when his second term ends. Although the Minister of Justice and Human Rights Alexis Thambwe announced on 26 August that they would soon be released, they remain behind bars.

Background
The release of the four comes 11 days after a delegation from LUCHA met President Joseph Kabila in the eastern city of Goma and called on him to release their colleagues and all other political prisoners.

The minister for justice and human rights announced plans to release them at a press conference on 19 August. He also said bans on two opposition TV channels would be lifted.