Covid-19: G20 leaders must 'put aside greed and selfishness' to end vaccine inequality 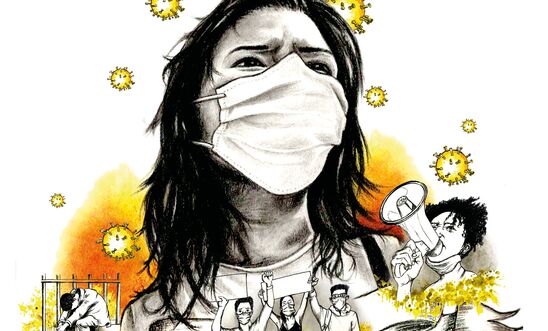 Since the first vaccine was administered, the death toll has risen from 1.3 million to nearly 5 million

Rich countries are currently sitting on an estimated 500 million doses

G20 leaders meeting in Rome must put aside greed and selfishness and ensure the fair global distribution of Covid-19 vaccines, said Amnesty International ahead of this year’s G20 summit in Rome, Italy, which takes place this weekend.

Last November, leaders from the world’s 20 biggest economies held their annual G20 summit online, with a focus on ensuring Covid-19 vaccines would be made available to everyone.

However, one year on, and the most powerful countries have failed to protect the lives of millions of people - choosing to hoard vaccines - resulting in a predictable and utterly devastating vaccine scarcity for the rest of the world.

Rich countries are currently sitting on an estimated 500 million doses.

“The rollout of vaccines began last December – bringing hope to a world that had been crippled by Covid-19 and saving millions of lives. However, since the first vaccine was administered, the death toll has risen from 1.3 million people to nearly 5 million due to gross inequality in access.

“The sheer selfishness and greed behind these deaths is unfathomable. While G20 countries enjoy vaccination rates of around 63%, only 10% of the population in low and lower-middle income countries have been able to get vaccinated.

“What have these leaders been doing for the past year but hoarding and actively contributing to vaccine scarcity along with Big Pharma? The millions of deaths show a staggering disregard for human life, a disturbing moral acceptance that profit trumps lives, and a blatant neglect of their global obligations.”

Last year, G20 countries pre-ordered and bought the vast majority of Covid-19 vaccines before they had even been approved for use. Many countries stockpiled enough doses to vaccinate their populations several times over. A year later, they continue to hoard surplus doses, preferring to sit on them, rather than share them with those who need them most.

Last month, Amnesty launched a global campaign to demand that the World Health Organisation’s target of vaccinating 40% of the population of low and lower-middle income countries is met by the end of the year. The ‘100 Day Countdown: 2 billion Covid-19 vaccines now!’ calls on governments with surplus stock to redistribute these doses to other countries by the end of the year.

“While some countries have pledged to redistribute vaccines, many still haven’t provided a clear timeline – with some only committing to share vaccines by September next year.

“Vaccines must be shared now. It's in the best interests of everyone - especially if we want to ensure borders can reopen and our global economy can recover in a fair way. The clock is ticking. It’s time to take action now.”