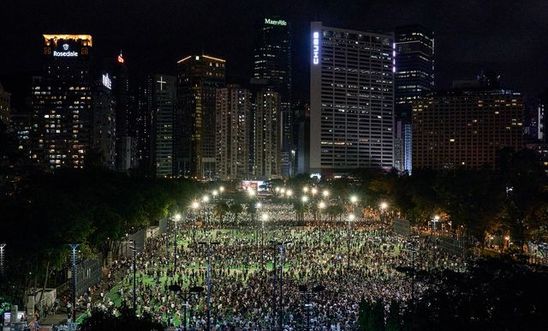 Responding to the technology firm Zoom’s compliance with a Chinese government request to end meetings related to the 1989 Tiananmen Square crackdown and suspend the accounts of a group of US-based activists hosting meetings, William Nee, Amnesty International’s Business and Human Rights Analyst, said:

“Tech firms such as Zoom must put principles before profit and defend internet freedom, rather than bowing to repressive governments’ demands to stifle it.

“The Chinese government goes to great lengths to ensure that no-one in China commemorates or even mentions those killed on 3-4 June 1989. By complying with Beijing’s request to end meetings on the Tiananmen crackdown, Zoom risks contributing to this assault of freedom of expression.

“Zoom has said it will take steps to ensure users ‘outside mainland China’ are not targeted by such interventions in the future, but in so doing it seemingly turns a blind eye to the repression of users on the mainland.

“Zoom must respect human rights throughout all its business operations, and not become a tool in China's powerful censorship system.”

In a statement released earlier today, Zoom revealed that it had suspended the accounts of human rights activists at the request of the Chinese government and suggested it will block any further meetings that Beijing says are “illegal”. It also admitted that it had terminated three meetings on the Tiananmen crackdown.

The account of Zhou Fengsuo, a Chinese activist based in the US, was shut down days after he hosted a memorial for the Tiananmen crackdown. Another activist, Wang Dan, who held a Zoom event on 3 June to commemorate the Tiananmen anniversary, had his account shut down twice. Meanwhile, activist Lee Cheuk-Yan, who organises a yearly Tiananmen vigil, also saw his account terminated. The accounts have since been reinstated after Zoom acknowledged it had made a mistake and that its response “should not have impacted users outside of mainland China”.

Corporate responsibility to respect human rights exists, said Amnesty, independently of, and over and above compliance with national laws and regulations.

Earlier today, nine activists in Hong Kong were targeted in connection with a 4 June vigil in the city’s Victoria Park to mark the Tiananmen anniversary. This takes to the number of people now subject to official reprisal over the event to 13, with four others arrested yesterday. Hong Kong police have told the 13 that they will receive a summons to appear in court in late June for “inciting” others to take part in unauthorised assemblies on 4 June.

Last week, Hong Kong police banned the vigil for the first time in 30 years, citing COVID-19 measures, though the ban did not stop thousands from convening in the park and holding smaller events elsewhere.

The 13 targeted include Lee Cheuk-yan, the chairperson of the Hong Kong Alliance in Support of Patriotic Democratic Movements in China (HK Alliance), and the group’s vice-chairpersons Albert Ho Chun-yan and Chow Hang-tung.

On the evening of 3-4 June 1989, hundreds - possibly thousands - of people were killed in Beijing’s Tiananmen Square when Chinese state troops opened fire on students and workers who had been peacefully calling for political and economic reforms. No-one knows the exact number of fatalities, and the Chinese authorities have stifled and censored discussion of the crackdown for the past three decades.