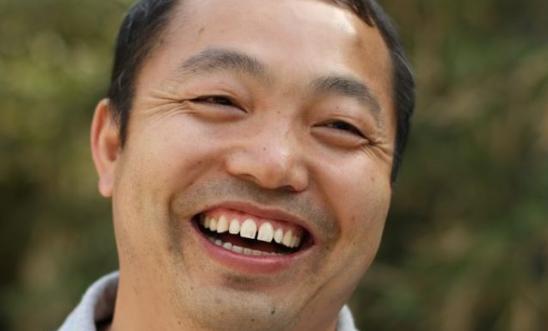 Both face charges of ‘subverting state power’ for their peaceful activism

Xu and Ding are prominent members of the New Citizens’ Movement, a loose network of activists founded by Xu in 2012 to promote government transparency and expose corruption. They were among dozens of lawyers and activists targeted after attending an informal gathering in December 2019 held in Xiamen, a city on China’s southeast coast, at which they discussed the civil society situation in China. Later that month, police across the country began summoning or detaining participants in the Xiamen gathering.

Ding was apprehend on 26 December 2019 and held incommunicado in “residential surveillance at a designated location” for more than a year after.

Friends of Xu say he went into hiding after the Xiamen meeting. In early February 2020, Xu criticised President Xi Jinping’s handling of the coronavirus crisis and the Hong Kong pro-democracy protests, calling on him to resign. Soon after (15 February), Xu was detained while staying at the home of a fellow activist and - like Xu - held incommunicado in “residential surveillance at a designated location” for almost a year (until 21 January 2021).

Both men were subjected to torture and other ill-treatment during detention, including long hours of interrogation and being bound to an iron “tiger-chair” with their limbs contorted for more than ten hours a day across several days.

The authorities charged Xu and Ding with “subversion of state power”. Xu’s lawyer was not able to meet him for three months before his pre-trial hearing last week, nor was he allowed to obtain information and documents related to the case - some of which may include “evidence” obtained through torture. Ding’s lawyer, meanwhile, has had no contact with him for four months.

Both men have previously been jailed for their peaceful activism. Xu spent four years in prison (2013-17) on trumped-up public order charges. Ding, whose activism has included advocating for the rights of migrant workers’ children and demanding transparent governance, was sentenced to three-and-a-half years’ imprisonment in 2014 for “gathering a crowd to disrupt order in a public place”.

Xu’s partner, the labour rights and feminist activist Li Qiaochu, was also held in secret detention from February to June 2020. On 6 February last year, she was again detained and held in the same detention centre as Xu and Ding under a charge of “inciting subversion of state power”. Li was not allowed to meet with her lawyer until August 2021. Li’s indictment, dated 28 February 2022, alleges she was instructed by Xu to publish “subversive” online articles.

“The Chinese authorities have targeted Xu Zhiyong and Ding Jiaxi not because they committed any internationally-recognised crime, but simply because they hold views the Government does not like.

“The Chinese government is systematically using national security charges with extremely vague provisions - such as ‘subverting state power’ - to unjustly prosecute lawyers, scholars, journalists, human rights activists and NGO workers, among many others.”

“Having faced torture and other ill-treatment during their arbitrary detention, Xu Zhiyong and Ding Jiaxi now face being sentenced to years behind bars in secretive trials that have been rigged from the start.”