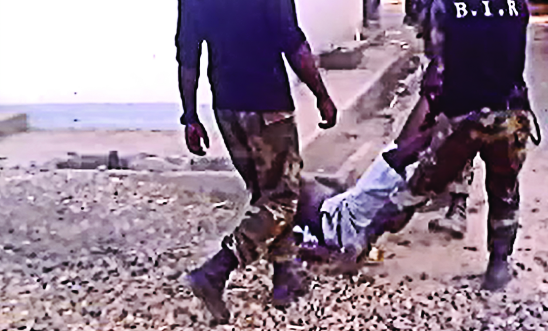 Widespread torture documented at more than 20 sites in Cameroon

Widespread torture - including agonising stress positions, drownings and  torture to death- against Cameroonians, often without evidence

“We preferred to be killed rather than to confess something that we didn’t know about” – Mohamed*, a tortured detainee

Photos and witnesses reveal US and French military personnel stationed at one site; governments must investigate their military’s possible knowledge of torture

Hundreds of people accused of supporting Boko Haram in Cameroon are being brutally tortured by security forces, Amnesty International can reveal in a new report published today (20 July).

Most victims are Cameroonian men aged between 18 and 45 years from the Far North Region. Victims also include women, minors and people with physical and mental disabilities. In all the cases Amnesty investigated, victims of torture were individuals who had been accused – often with little or no evidence – of supporting Boko Haram. 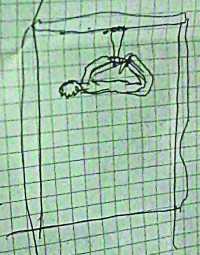 Amnesty estimates that Boko Haram has killed more than 1,500 civilians in Cameroon since 2014, and abducted many others.

“We have repeatedly and unequivocally condemned the atrocities and war crimes committed by Boko Haram in Cameroon. But nothing could justify the callous and widespread practice of torture committed by the security forces against ordinary Cameroonians, who are often arrested without any evidence and forced to endure unimaginable pain.

“These horrific violations amount to war crimes. Given the weight of the evidence we have uncovered, the authorities must initiate independent investigations into these practices of incommunicado detention and torture, including potential individual and command responsibility.”

Amnesty wrote to the Cameroonian authorities in April 2017 to share the report’s findings, but has not received a response. All subsequent requests for meetings have been refused.

The detention sites: “Deciding the life and death of each detainee"

Most victims were tortured in two unofficial detention sites: the headquarters of the Rapid Intervention Batallion (BIR) in Salak, near the northern city of Maroua, and a facility in the capital, Yaoundé, run by Cameroon’s intelligence services, the General Directorate of External Research (DGRE), situated close to the country’s parliament.

In Salak, there are two main cells measuring approximately 9 by 5 metres, each containing up to 70 people. Detainees were usually tortured in an interrogation room they called ‘the DGRE Room’, which is located near the office of a senior officer. The officer was described by victims as providing orders to interrogators, and by one victim as being able to “decide the life and death of each detainee". 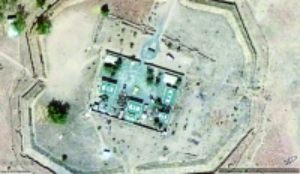 Samou*, who was arrested in March 2016, told Amnesty about his interrogation in Salak a few days after his arrest:

“They asked me to tell them if I knew members of Boko Haram. That’s when the guard tied my hands and feet behind my back and started to beat me with an electric cable, while throwing water on me at the same time. They beat me half to death.”

Mohamed* spent six months in incommunicado detention and was interrogated and tortured several times in Salak. He told Amnesty:

"The soldiers asked us to confess. They told us that if we did not confess, they would bring us to Yaoundé to kill us. We replied that we preferred to be killed rather than to confess something that we didn’t know about. They beat us like this for four days."

Presence of French and US military personnel at Salak

The report also highlights the presence of US and French military personnel at the BIR base in Salak, and calls for these governments to investigate the extent to which their personnel stationed at Salak, or regularly visiting, may have been aware that illegal detention and torture was taking place on site.

Amnesty delegates have directly observed French soldiers during one visit there, and more than a dozen former detainees held there between 2015 and 2016 said they saw and heard white, English-speaking men at the base, including some in military uniform. This has been confirmed by photographic and video evidence showing uniformed US personnel, some of whom are stationed there.

“Given the frequent and possibly prolonged presence of their military personnel, the US government and other international partners should investigate the degree to which their personnel were aware of illegal detention and torture at the Salak base, and whether they took any measures to report it to their hierarchy and the Cameroonian authorities.”

Amnesty wrote to the US and French Embassies in Cameroon on June 23 this year requesting further information about what their personnel knew and what was reported. The US Embassy responded on July 11, and their letter can be found in the report. The response from the French Embassy was received on July 19.

School used as torture base

Amnesty identified a school in the northern town of Fotokol used as a military base by the BIR since May 2014. Researchers interviewed six men held and tortured there between December 2015 and March 2016, and analysed a video showing uniformed BIR soldiers torturing detainees. In one scene, several soldiers drag a man for approximately 50 metres and beat other blindfolded men with sharp wooden sticks.

The school reopened for classes in late 2016, but as of June 2017 it was still being partially used by the BIR, and at least nine detainees were still there. Using the school as a military base whilst children are also using it violates Cameroon’s obligations under international humanitarian law to protect civilians in armed conflict, by putting children at risk.

While torture was usually carried out by low and mid-ranking BIR officers and DGRE agents, higher-ranking DGRE officers were also identified by multiple victims as being involved in interrogations. The scale and frequency of the violations, as well as the locations of rooms used makes it very likely that other senior officers at sites like Salak would have known what was happening. They appear to have taken no measures to prevent or punish these violations.

In Salak, more than 50 victims identified the same room where they were most commonly tortured. Satellite imagery shows this room is in the same building as offices used by senior BIR officers. Cells, where up to 70 people were detained at a time, and where torture took place, are also just 110 metres away from the offices of senior BIR officers.

“The senior officers who were in charge of these detention facilities, must be investigated for their suspected command responsibility in allegations of incommunicado detention, torture, death in custody and enforced disappearances.”

Amnesty’s evidence suggests that these military bases and other sites are still holding dozens of detainees being subjected to horrific acts of torture.

Amnesty has used architectural modelling, descriptions from former detainees, videos, satellite images and photos, and worked with a team of specialists at Forensic Architecture to created a 3D reconstruction of the site in Salak and a school in Fotokol converted into a military base.

*Names have been changed 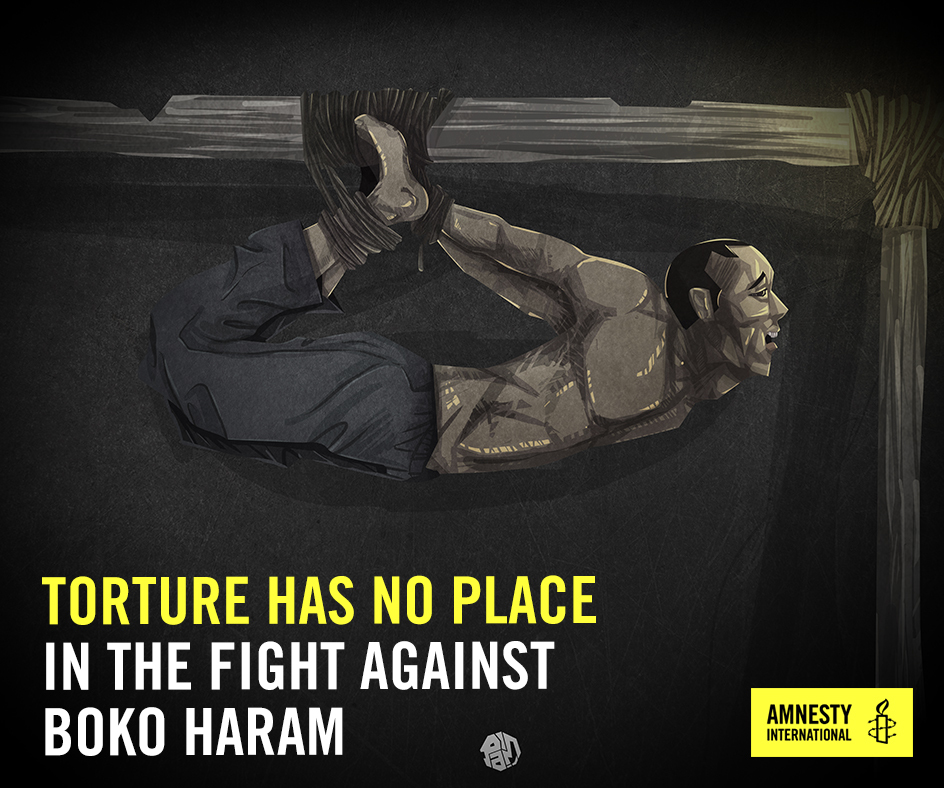