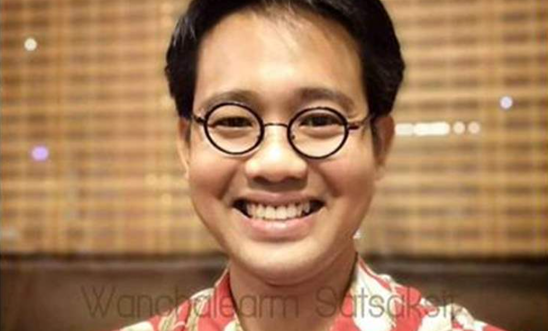 Wanchalearm Satsaksit was last seen in Phnom Penh in June 2020

The Cambodian authorities have failed to properly investigate the enforced disappearance of Thai dissident Wanchalearm Satsaksit, Amnesty International said today, one year after he was last seen in Phnom Penh.

Amnesty is now urging the Thai authorities to launch their own independent probe into the disappearance of the Thai national, given the clear failure of the Cambodian investigation to establish Wanchalearm’s fate and whereabouts.

Today, Amnesty has sent an open letter to Thailand’s Attorney-General to highlight the failures of the Cambodian investigation, and to call for the launch of a formal investigation.

“The persistent failure of the Cambodian authorities to properly investigate Wanchalearm’s enforced disappearance is in clear violation of Cambodia’s international human rights obligations.

“It is high time for the Thai authorities to step up and undertake a thorough, impartial and independent investigation into the enforced disappearance of their own citizen abroad.”

Amnesty is again reiterating its calls on the ASEAN Intergovernmental Commission on Human Rights (AICHR) to take a more active role in facilitating cooperation among different ASEAN countries to afford the greatest measure of mutual assistance for victims of enforced disappearance, as well as in searching for, locating and releasing forcibly disappeared persons in Southeast Asia.

Wanchalearm Satsaksit, 37, is a Thai activist in exile in Cambodia. His sister, Sitanun, reported his abduction on 4 June 2020. CCTV footage published in the media following the abduction shows a blue Toyota Highlander leaving the scene where Wanchalearm was last seen soon. The footage also shows two men who appear to have witnessed the abduction.

Thai authorities previously filed outstanding criminal charges against Wanchalearm, most recently in 2018 under the Computer Crime Act, alleging that he had posted anti-government material on a satirical Facebook page. Thai authorities reportedly requested Wanchalearm’s extradition from Cambodia at the time, though the Cambodian authorities have not publicly acknowledged receiving any such request.

Amnesty has previously expressed concern for the safety of Thai exiles in neighbouring countries whose extradition has been sought by Thai authorities. Wanchalearm’s enforced disappearance corresponds to a deeply alarming pattern of abductions and killings since June 2016 of at least nine Thai activists in exile by unknown persons in neighbouring countries, namely Laos and Vietnam.

In each case, the Thai authorities had sought the individuals’ arrest or extradition in relation to criminal charges filed in connection with their exercise of the right to freedom of expression, often online and in some cases while in exile.

In light of this pattern of disappearances, killings and prevalent impunity in the region, Amnesty has repeatedly urged AICHR to exercise its mandate “to obtain information from ASEAN member states on the promotion and protection of human rights” in order to shed light on enforced disappearances such as that of Wanchalearm.