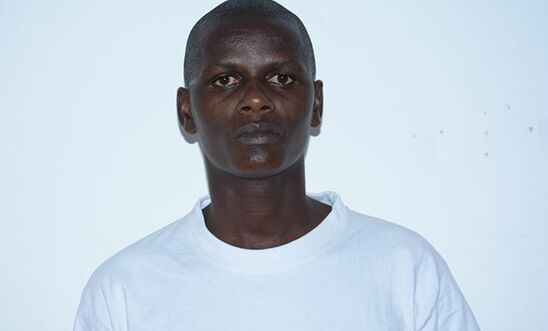 On International Day of the Disappeared, Amnesty International is calling for the truth regarding the whereabouts of Burundi journalist Jean Bigirimana.

Jean has not been seen or heard from since 22 July 2016, and his wife Godeberthe Hakizimana and two young sons are still waiting for answers.

“More than four years after Jean Bigirimana’s enforced disappearance, the Burundian government’s failure to account for him is an affront to the principles of truth, justice and accountability.

“The agony of Jean Bigirimana’s family is unimaginable. President Ndayishimiye’s government must end the practice of enforced disappearances immediately, and fully investigate and, where there is sufficient evidence of criminal responsibility, prosecute perpetrators of enforced disappearances. Families have the right to know the truth about the fate of their loved ones.

“We will continue to fight for truth along with Jean Bigirimana’s family, until they get the answers they deserve.”

He was among a few journalists who defied the intimidation and harassment that forced many media workers to flee Burundi in the aftermath of the failed coup of 13 May 2015. The coup attempt followed late President Pierre Nkurunziza’s decision to run for a controversial third term in office.

Jean Bigirimana was last seen in Bugarama, Muramvya province. Witnesses reported that he was taken by people believed to be members of Burundi’s National Intelligence Service. On that day, one of Jean’s colleagues received an anonymous call alerting him to the arrest.

Jean Bigirimana’s colleagues at the Iwacu newspaper immediately started searching for him. When they received information about a sighting of two bodies, they scoured the area with the National Independent Human Rights Commission and the police. Two decomposed bodies were discovered in the area, but Godeberthe Hakizimana was able to confirm that neither was her husband’s. The bodies were never identified.

Godeberthe Hakizimana’s efforts to find her husband have been met with hostility. In June 2017, she found a note with death threats outside her home. Although she reported the matter to the police, there was never any investigation.

Like so many other families of people who have disappeared, Jean's family have suffered extreme emotional distress while they search for answers.

In a September 2019 report, the UN Commission of Inquiry on Burundi documented “numerous disappearances”, expressing “deep concern” about the frequency of such disappearances.