Bosnia and Herzegovina: Last chance for justice for over 20,000 wartime sexual violence survivors 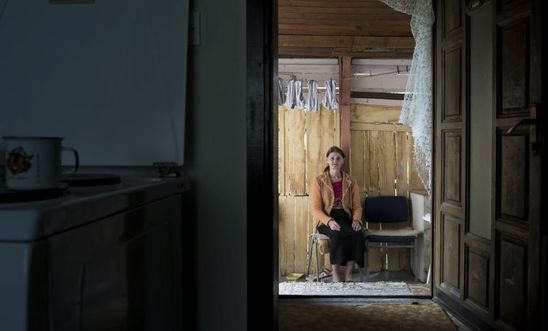 A survivor sitting outside of her home in Northern Bosnia. Although physical wounds have healed, many women still battle with invisible, but lasting, consequences of the violence. © ZIYAHGAFIC

A quarter of a century after the start of the conflict, more than 20,000, survivors of wartime sexual violence in Bosnia and Herzegovina are still being denied justice, said Amnesty International in a new report.

The report, “We need support, not pity:” Last chance for justice for Bosnia’s wartime rape survivors, reveals the devastating physical and psychological consequences of these crimes and the unjustifiable barriers preventing women from accessing the support they need and the legal redress to which they are entitled.

“More than two decades after the war, tens of thousands of women in Bosnia are still piecing together their shattered lives with little access to the medical, psychological and financial assistance they desperately need.

“As each year passes, so does the prospect of ever attaining justice or receiving the support to which they are entitled. These women cannot forget what happened to them and neither should we.”

The report, based on research conducted over two years, reveals how systemic obstacles combined with a lack of political consensus have consigned a generation of survivors – raped during the 1992-5 war – to poverty and hardship.

During the conflict thousands of women and girls were subjected to rape and other forms of sexual violence by military and paramilitary groups. Many were enslaved, tortured and even forcibly impregnated in so-called ‘rape camps’.

Elma was four months pregnant when she was taken to a rape camp and gang-raped on a daily basis. She told Amnesty International:

“They would wear balaclavas and ask me if I could guess which one was on top of me. These were all local boys.”

As a result of the physical abuse, she lost her baby and suffered lasting injuries to her spine. Almost 25 years on, Elma, who is unemployed, has not received any meaningful financial support from the state and is in desperate need of medical and psychological assistance.

Since war crimes trials began in Bosnia in 2004, the cases of less than 1% of the total estimated number of victims of sexual violence have gone to court. Courts across the country have completed only 123 cases involving sexual violence charges and although the number of prosecutions has increased in recent years, more must be done to ensure the perpetrators are brought to justice.

After the war, Sanja, a woman who had been held captive and repeatedly raped by a soldier and his comrades, reported him to the authorities. The police and judicial authorities failed to take action against the perpetrator and social services failed to recognise Sanja’s situation and provide assistance. She told Amnesty:

“I don’t trust anyone any more, especially not the state. They all failed me.”

While there has been significant progress in witness protection and support, this could be undermined by high acquittal rates in several jurisdictions and often-reduced sentences for those convicted. Meanwhile the increase in the number of cases prosecuted cannot mask the huge backlog of cases.

Slow and inadequate justice has discouraged survivors from coming forward undermining confidence in the criminal justice system and generating an overwhelming sense of impunity.

One woman who was raped multiple times by paramilitaries at her home and at a police station points out that “Most survivors will not live long enough to see justice being done. In a few years, the courts will run out of cases; there won’t be any survivors, perpetrators or witnesses alive to go through the trials.”

There have been recent changes aimed at strengthening access to support and improving services for survivors. However, these remain piecemeal and vary dramatically in different parts of the country. Unless these changes are fully institutionalised in all parts of the country, their impact will be limited and haphazard.

Women victims of sexual violence tend to experience high rates of unemployment and poverty and are among the most vulnerable economic groups in Bosnia. And yet only around 800 survivors have been able to access some monthly allowances and other basic benefits. In the absence of a formal reparation scheme, survivors have to navigate a complex array of existing social allowances and judicial proceedings in criminal and civil courts, in an attempt to claim their rights.

Since benefits and services are not universally guaranteed or harmonised across the country, access to them varies depending on place of residence. For example, Republika Srpska does not recognise survivors of conflict-related sexual violence as a special category of war crimes victims and restricts access to any reparation or support severely. These provisions have prevented most survivors of sexual violence living there from accessing a monthly allowance, as well as free healthcare, rehabilitation and psychological and social support.

Obstacles like these discourage many victims from coming forward and force others to engage in administrative acrobatics, trading one right for another, in order to access benefits. A number of women described to Amnesty International how they were forced to change their official residency in order to obtain the monthly allowance. This entailed losing the right to access public services, including badly needed health and social care, in the places where they actually live.

“The authorities must remove these discriminatory obstacles which prevent access to reparations and replace them with measures that guarantee equal protection and support for all survivors regardless of where they live.

“Recent years have seen important improvements but there is still a great distance to travel. Whilst the trauma of the past can never be unlived, it is not too late to ensure that the future of these women is one where their rights and their dignity can finally be reclaimed.”