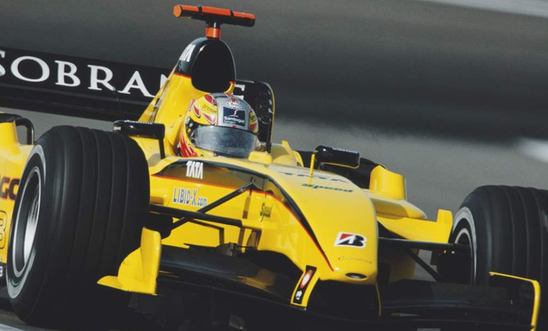 ‘Beneath the glamour of the F1, there is a far more sinister side to Bahrain’ - Samah Hadid

Ahead of the Bahrain Formula One Grand Prix this weekend, Amnesty International has highlighted the grim human rights record of the country.

“Beneath the glamour of the F1, there is a far more sinister side to Bahrain, revealing the country as a deeply repressive state where anyone critical of the government can be jailed merely for posting a tweet.

“Prominent human rights defenders are under relentless attack in the country.

“Nabeel Rajab was shamefully convicted and sentenced to five years in prison for tweeting about the conflict in Yemen and torture allegations in Jaw Prison.

“Instead of just ‘sportswashing’ its image and glossing over its dismal human rights record through high-speed sport, the Bahraini government should immediately repeal laws that criminalise freedom of expression and fast track the release of all prisoners of conscience.”

Since mid-2016, the Bahraini authorities have embarked on a systematic campaign to eliminate organised political opposition in the country. The main targets of this far-reaching repression have been human rights defenders, journalists, political activists, Shi’a clerics and peaceful protesters.

Political leaders from the majority Shi’a population have been disproportionately targeted throughout, there is not one Shi’a political leader of national stature left who has not been detained, imprisoned, or stripped of Bahraini nationality.

Earlier this month, Ebrahim Sharif was sentenced to six months in prison, suspended for three years, for a tweet criticising Sudanese President Omar al-Bashir. Sheikh Ali Salman, the leader of al-Wefaq, the main political opposition group, was sentenced to life in prison for his views perceived to be critical of the authorities.

Bahrain has used draconian legislation such as Law No. 58 of 2006 on the Protection of Society from Terrorist Acts, the Law on Political Associations, and repressive provisions of the Penal Code including Articles 134, 160, 165, 168, 214, 215, 216 and 310, to target protesters and other critics of the government.

Since 2011, more than 800 people have been stripped of their nationalities. Of those, 115 lost their citizenship following a ludicrous mass trial that relied on confessions extracted under torture.

In the country’s notorious Jaw Prison, the lack of medical care is shocking. In some instances, individuals with serious conditions like cancer, multiple sclerosis and sickle-cell anemia have been denied specialist care and medication.

For more information on the human rights situation, see the following blog - Bahrain: What lies behind the scenes of the Formula One Grand Prix.