Bahrain: verdict against Sheikh Salman is 'another nail in the coffin' for free speech 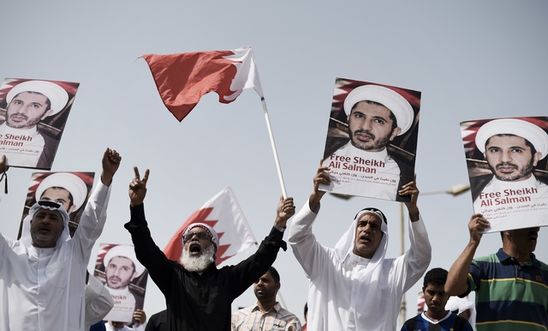 “Today’s verdict is yet another nail in the coffin for the right to freedom of expression in Bahrain and exposes the country’s justice system as a complete farce.

“The Bahraini authorities must quash Sheikh Ali Salman’s conviction and release him immediately and unconditionally.

“They should also rescind the decision to dissolve the two opposition political groups, al-Wefaq and Wa’ad, and guarantee the right of everyone to freedom of association.”

Sheikh Ali Salman is the Secretary General of Bahrain’s main political opposition group, al-Wefaq. He has been repeatedly arrested and charged for his perceived critical views of the authorities.

The case against Salman is based on recorded telephone conversations he had with the-then Prime Minister and Minister of Foreign Affairs of Qatar, Sheikh Hamad Bin Jassim Bin Jabr Al Thani, in 2011. On 4 November last year, he was sentenced to life imprisonment after being convicted of trumped-up spying charges. Two other al-Wefaq members, Ali al-Aswad and Sheikh Hassan Sultan, were convicted in their absence during the same trial.

In December, Salman finished serving a separate four-year prison sentence handed to him on 16 June 2015 after an unfair trial on charges related to his perceived critical political views.

Meanwhile, al-Wefaq and Wa’ad were both prevented from participating in Bahrain’s elections in November.