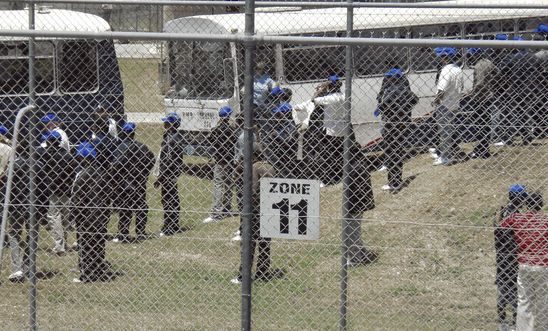 Following the passing of the medical evacuations bill Medivac, the Australian government today announced it will reopen the Christmas Island detention centre.

“We are disappointed by the announcement today that Christmas Island is to reopen. We have seen time and time again that offshore processing is broken and creating yet another offshore centre for sick refugees will not fix the issue.

"Reopening Christmas Island is nothing short of a cruel and unnecessary political stunt.”

In response to the passing of Medivac, Dr Graham Thom said:

“The passing of the Medivac Bill is a welcome step towards humanity for the refugees on Manus and Nauru. It is reassuring that public opinion is finally being reflected in parliament through the many people that fought so hard to get the bill through.

“We have seen both through the public’s support for the Medivac Bill and the recent case of Hakeem al-Araibi, that the Australian public do value and care about refugees and that public opinion has shifted.

“In Hakeem’s case the Australian government recognised this and worked hard to ensure he was returned to Australia. But many other people with the same recognised refugee status as Hakeem remain detained in terrible conditions on Manus and Nauru.

“Most of the people on Manus Island and Nauru are recognised refugees who have proven their lives would be in danger if they were returned to their countries of origin. You can’t demonise the refugees on Manus and Nauru on one hand while welcoming others and praising their contribution to Australia.

“They are not simply pawns to be used to score political points, they are human beings who deserve a safe place to live and access to adequate healthcare.”