Australia: Refugees ‘trapped in limbo’ will finally be resettled in New Zealand 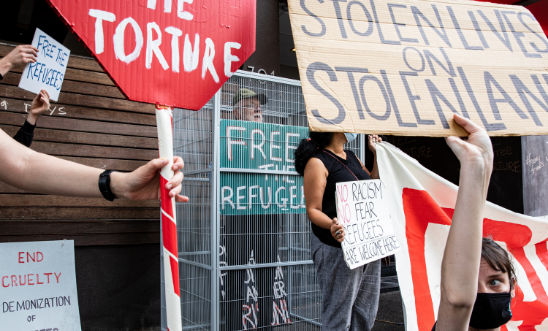 Amnesty International welcomes the news that people suffering in Australia’s cruel offshoring processing regime will finally be allowed to move on with their lives in New Zealand.

“So many of us have been working for years towards this day. There are 112 people remaining on Nauru, with a further 1,168, so-called transitory people here in Australia for medical treatment. This provides hope to refugees trapped in limbo, both here and offshore.

“We’re excited, with the US deal coming to an end, that for people who have suffered cruelty upon cruelty in Australia’s inhuman offshore processing system there will still be a possible solution.

“Sadly the 104 people still trapped in Papa New Guinea fall outside the scope of this deal and solutions will still need to be found for them.

“We also can’t forget to acknowledge this important step that people have had years of their lives taken from them pointlessly. The government could have taken up this offer eight years ago and spared these people ongoing and arbitrary detention and the trauma of that experience.”

Mostafa (Moz) Azimitabar who was held in both Papua New Guinea and then in the Park Hotel alternative place of detention (APOD) in Melbourne where he was evacuated for medical care said:

“Today is an incredible victory for human rights, and the best birthday present ever. This is the news we’ve been hoping for - I hope this means the government will make sure that everyone held in APODs in Australia can also be resettled in New Zealand so their torture can finally end. They must be released now.”

The current deal will see 150 refugees per year for three years being resettled, leaving a shortfall of approximately 500 people who will still require permanent resettlement solutions.

The Australian government must commit to ensuring their safety consistent with our obligation under international law.