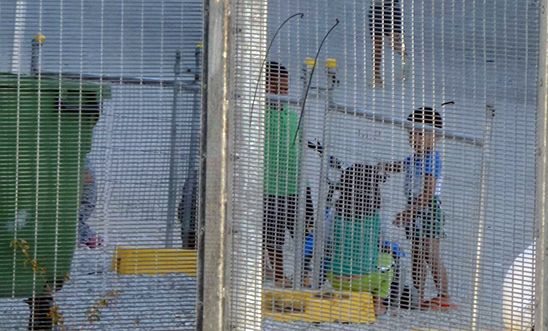 Children playing near the Refugee Processing Centre on Nauru © © Private

In an open letter to European Council President Donald Tusk, written to coincide with the fifth anniversary of Australia’s “Regional Resettlement Arrangement” on 19 July, Amnesty Australia urged EU heads of state to heed the lessons of the illegal Australian policy, which has seen thousands of refugees and asylum seekers forcibly sent to camps in Nauru and Manus Island where they continue to face dire conditions.

Some EU member states are seeking to force people rescued at sea to disembark at locations outside Europe where they would be exposed to serious human rights violations.

“Proposals currently being discussed in Europe have an eerily familiar ring to us here in Australia. Over the past five years, we’ve seen first-hand the devastating and traumatising impact on men, women and children of the Australian Government’s cruel and illegal policies.

“The example set by Australia’s government provides an object lesson in the dangers of outsourcing responsibility for refugee policy to countries that have neither the will nor the capacity to properly settle refugees.

“Before proceeding with their own disembarkation policy, we urge EU member states to take a long, hard look at the appalling patterns of abusive treatment and intentional neglect by governments in Nauru and Manus Island since 2013. Australia’s policy has failed refugees and migrants on a grand-scale and must not be used as a template for others to follow.”