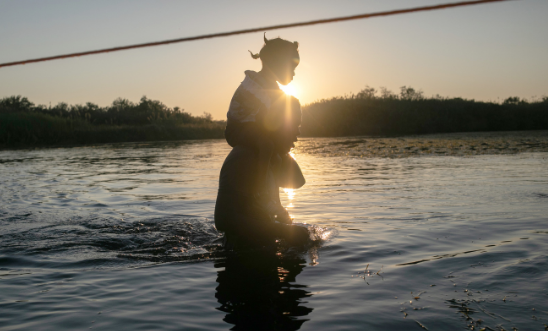 Countries in the Americas have failed to offer a place of safety to tens of thousands of Haitians who have fled the country during the past year because of widespread kidnappings and gang violence and a general socio-economic collapse in the country, said Amnesty International and the Haitian Bridge Alliance in a new investigation.

Instead, Haitians have been subjected to detentions and illegal pushbacks by various countries, while a host of other abuses have afflicted the lives of many fleeing Haitians - extortion, anti-Black racial discrimination, abuses by armed groups (including gender-based violence), and a chronic lack of access to adequate housing, healthcare and employment.

The investigation - Not safe anywhere: Haitians on the move need urgent international protection - highlights the mistreatment of Haitians in Tapachula, southern Mexico, where tens of thousands of Haitian nationals are awaiting the outcome of asylum applications while living in squalid conditions.

More than 26,000 Haitians have requested asylum in Mexico this year. Less than half the claims for international protection made by Haitians in 2020-21 have been successful, compared with a 97-98% success rate for Venezuelans or 84-85% for Hondurans in the same period, according to data from the Mexican authorities. The investigation also found that Mexico may be conducting unlawful forced returns and pushbacks to Haiti and Guatemala without assessments of protection needs, restricting all Haitian asylum applicants to Tapachula, and failing to consider the range of options for regularisation as allowed by Mexican law.

Amnesty and the Haitian Bridge Alliance’s investigation paints a bleak picture of Haitians living in unsafe conditions with inadequate access to shelter, food or other basic needs. Many of the Haitians in Mexico had previously been living in Chile but felt forced to leave after facing racism and difficulties in regularising their immigration status, particularly under the Sebastián Piñera administration.

One woman told Amnesty that on the bus in Chile she thought white people would move to another seat rather than sit next to her. Another woman said that when looking for a room for her family in Tapachula, she was told that the owner of an available property did not want to accept dark-skinned people.

Countries across the region, especially the United States and Mexico, have continued deportations to Haiti in recent weeks regardless of international and regional human rights law prohibiting countries from returning people to places where their life or freedom would be at risk - a situation that clearly applies to Haiti. According to the International Organisation for Migration, between 19 September and 19 October, countries across the region returned some 10,800 Haitians to Haiti, mostly from the USA.

The recent, much-publicised mass expulsion of Haitians from Del Rio, Texas - reportedly to Haiti and Mexico under “Title 42” policies, a measure initially implemented by the Trump administration under the pretext of authorising expulsions without screenings because of COVID-19 concerns - demonstrate that the US authorities are similarly restricting access to international protection for Haitians.

“As the political and economic situation continue to deteriorate in Haiti, facilitating massive human rights violations, kidnappings, and generalised violence, states across the Americas are failing to protect Haitians on the move, who are searching for stability and safety, as well as assurances they will not be deported to Haiti where they face serious risks to their lives and safety.

“Today we are calling on countries across the region to stop deportations to Haiti and urgently provide Haitians with protection measures, including asylum, and other routes to legal residency so they can re-build their lives in safety.”

“Our research shows us that Haitians are not safe anywhere. Countries across the region must immediately end all deportations to Haiti and provide Haitians with unrestricted access to international protection.

“States must also take swift and effective measures to combat racism and other intersecting forms of discrimination targeting Haitian migrants, including by enforcing rules that forbid racial profiling by public officials, and by implementing public anti-discrimination campaigns that address racism and xenophobia in wider society.”