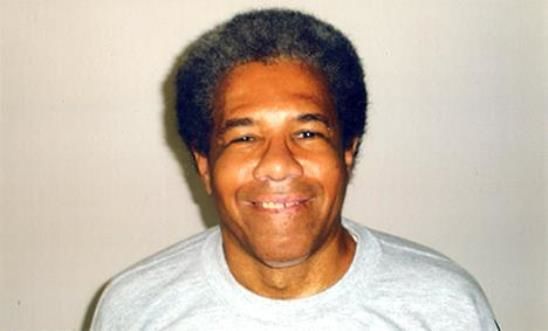 Today the last imprisoned member of the ‘Angola 3’, Albert Woodfox, was released after more than four decades in solitary confinement, on his 69th birthday in a move Amnesty called ‘long overdue and undeniably just’.

“Nothing will truly repair the cruel, inhuman and degrading solitary confinement that the state of Louisiana inflicted upon him. But this belated measure of justice, on Woodfox’s 69th birthday, is something he has been seeking for more than half his life. Amnesty International USA joins his supporters around the world in celebrating Woodfox and his legal team’s tireless pursuit of justice.  While the State of Louisiana did not release Woodfox’s fellow Angola 3 prisoner Herman Wallace until he was on death’s door, it has made a just and humane decision in ensuring Woodfox’s freedom.

"Today should also mark a pivotal new chapter in reforming the use of prolonged solitary confinement in U.S. prisons and jails. Moving forward, Woodfox’s case must serve as a tragic reminder of the cruelty inflicted by the prison system at its most extreme. Louisiana must commit to making urgent reforms to solitary confinement, and chart a course toward doing its part in ending the overall crisis of mass incarceration.”

Over the course of the last five years, Amnesty’s global movement has generated more than 650,000 actions on behalf of the Angola 3. UN Special Rapporteur on Torture Juan Mendez decried the indefinite solitary confinement imposed on Woodfox, saying that it "clearly amounts to torture and it should be lifted immediately."

Prior to today’s settlement, Woodfox’s conviction had been overturned three times. On 8 June 2015, Federal Judge James Brady granted Woodfox unconditional release and barred the state from retrying him. However, Judge Brady’s ruling was overturned on appeal.