Philippines country most at risk from climate crisis

The Philippines is the country most at risk from the climate crisis according to a report published in 2019 by the Institute for Economics and Peace. 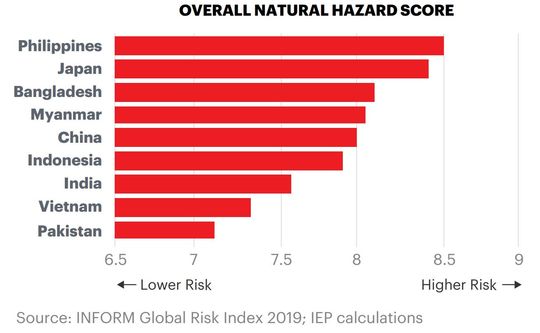 The Philippines is made up of about 7,641  of islands off the southeast coast of China. Its geography is one of the main factors for being most at risk from the effects of the climate crisis.

So what are the main risks to the people of the Philippines, and what can we do to help? 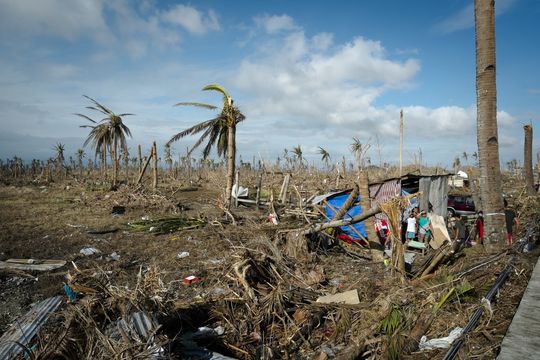 The Philippines is hit by an average of 20 typhoons every year.

Similar to a hurricane, a typhoon’s super fast wind speeds cause huge amounts of damage,  while the storm surges they create flood coastal areas.

Worryingly, the intensity of these storms has massively increased in recent years, with five of the most deadly on record happening since 2006. This is largely due to increased sea temperatures as a result of global heating, which causes typhoons to become less frequent but much more powerful.

The most deadly on record was super typhoon Haiyan, known locally as Yolanda, which reached wind speeds of up to 195 mph and killed 6,300 people, as well as leaving millions homeless.

Marinel Ubaldo was just 16 when the storm hit, destroying her home. Since then she’s been campaigning for the Philippines to provide better housing for those affected, and to start taking the climate crisis seriously.

Global heating is causing the ice caps at the north and south poles to melt, resulting in rising sea levels.

A study produced by Climate Central shows that around 150 million people currently live in areas set to be submerged by 2050, and about 70% of these people at risk are South East Asia, including the Philippines.

As the Philippines are a collection of islands, there are a lot of people living on the coast. Add to this the low elevation of much of the land and you have a recipe for disaster.

This image below shows how much of the land around the capital city of Manila could be underwater (in red) by 2100, in the study’s worst case scenario.

The Philippines is not currently taking this threat seriously.

That’s why it’s so important to support Marinel and her work fighting the climate crisis. 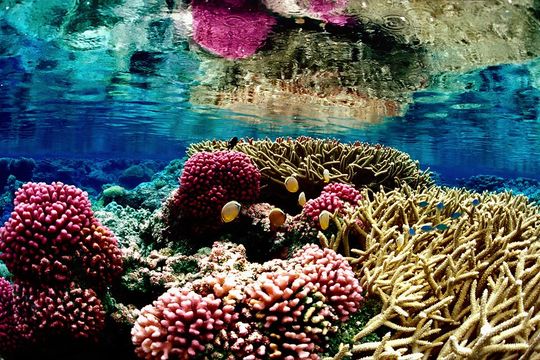 Being an island nation, the Philippines rely heavily on fish for food. It’s the 8th biggest fishing nation in the world with the yearly haul of two million tonnes of fish estimated to be worth $2.5 billion.

Unfortunately, climate change is already having a devastating effect on sealife.

Rising sea temperatures and ocean acidification from pollution are killing off the coral reefs surrounding the Philippines. The result is that fish will have less to feed on and will either die off or migrate elsewhere. That means far less fish are caught, driving up prices and leaving thousands hungry.

Add to this damage typhoons cause to rice crops and the Philippines’ booming population and you can see a recipe for disaster.