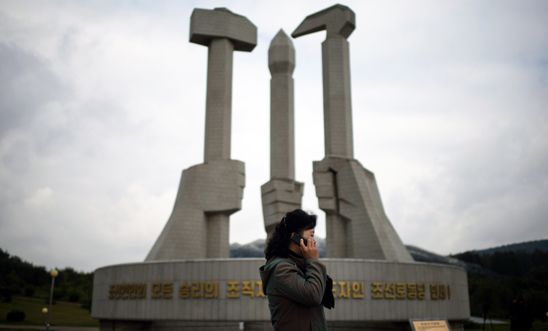 ‘The absolute control of communications is a key weapon in the authorities’ efforts to conceal details about the dire human rights situation in the country’
Arnold Fang, Amnesty East Asia Researcher

The state has absolute and systematic control of all forms of telecommunications. It actively spies on its citizens through mass surveillance programmes, and curtails the information that North Koreans have about their country and the outside world by censoring online media and filtering internet sites that don’t comply with the authorities’ propaganda.

The vast majority of North Koreans have no access to the internet as we know it. The domestic intranet, known as the kwangmyong, only allows access to government-approved websites and email systems.

Sent to prison camps for communicating with the outside world

In apparent attempts to dissuade anyone in the country reaching out to connect with anyone beyond its borders, the government is actively cracking down on those who attempt to talk to those outside North Korea from within the famously isolated state.

A country on lockdown

Phone calls and internet activity are monitored by ‘Bureau 27’ in North Korea’s State Security Department. The unit specialises in covert intelligence, and uses sophisticated equipment to detect mobile phone frequencies. The repercussions for citizens found to be making attempts at international phone calls are harsh.

‘Bureau 27… has this monitoring device, and agents hold this antenna-shaped device in their hands with red lights blinking. They said it was a detection device. When the Bureau 27 agents came to arrest me they took off their coats and there were these electric cords strapped around their body.’
Eun-mi describes being arrested for using a ‘Chinese mobile phone’ to make an international call. She escaped North Korea in 2014.

The government enforces harsh restrictions around the types of appliances North Koreans may own in their home, in case radio or TV sets pick up signals from nearby South Korea, China and Russia.

How could North Koreans try to break through the censors?

The only people allowed to legally buy international SIM cards and make international phone calls are foreigners, who can buy the goods at Pyongyang airport – the only place in the country where they can also access the global internet.

Yet North Koreans are increasingly taking risks to try to reach out: via 'Chinese mobile phones'.

There is a booming informal private economy, with traders smuggling food, clothing and other goods, especially from neighbouring China. An illicit trade in imported mobile phones and SIM cards, commonly called ‘Chinese mobile phones’ irrespective of the brand, allows North Koreans living near the border to access Chinese mobile networks and communicate directly with people outside the country.

Once the equipment has been acquired, there are techniques to attempt to slide under state surveillance. People go up to remote, mountainous areas to make the calls, and keep conversations short, using pseudonyms.

The most common way for family members abroad to contact loved ones back in North Korea who do not own a 'Chinese mobile phone' is to pay someone who owns such a phone —a broker—to set up a call. The broker system grew out of the need of North Koreans who had fled abroad to send money to family members who remained in North Korea, but also serves as a channel of communication, for a fee. The costs are high. Brokers involved in setting up a call take up to 30% in commission on a minimum £700 cash transfer. And because North Korean state security agents try to intercept money being sent home, there is no guarantee the funds will ever reach the intended recipient.

But it’s always a huge risk. Anyone caught making an international call using a ‘Chinese mobile phone’ could be sent to a reform facility or political prison camp.