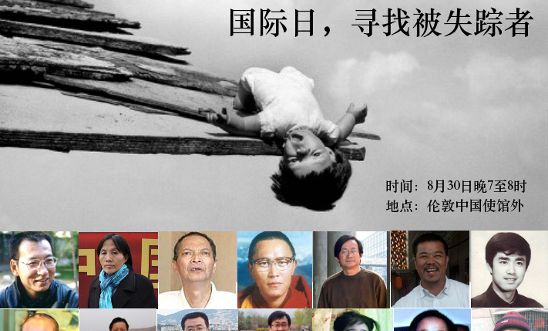 30 August marks 49 days after the passing of Liu Xiaobo and Liu Xia’s missing for 47 days. On the International Day of the Victims of Enforced Disappearances, a demonstration to call for an end to Liu Xia's illegal house arrest, surveillance and harassment; demand immediate and unconditional release of all prisoners of conscience currently held in China and Hong Kong.