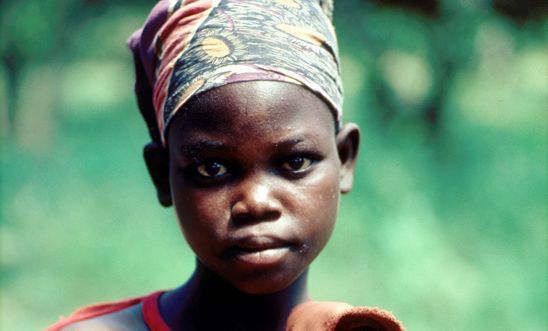 In March this year, the parliament of Mozambique was close to ratifying a Criminal Code that would permit rape within marriage. Not only would the proposed law allow impunity in existing abusive marriages, but if a rapist were to later wed an unmarried victim (including girls as young as 12 years old), the abuser would escape prosecution altogether.

Thankfully, authorities in Mozambique have publicly stated they will not follow through with these proposals.

On 20 March the parliament’s Legal, Human Rights and Constitutional Affairs Commission announced that the article enabling rapists to escape prosecution by marrying their victims would be removed from the national Criminal Code. We look forward to this pledge becoming a reality in the near future.

A new Criminal Code passed provisionally by Mozambique’s parliament at the end of 2013 and awaiting approval by the parliament this Spring carried over numerous laws originally drafted and passed in the 19th century.

Until its new Criminal Code is approved by Mozambique’s parliament, the National Assembly, Mozambique continues to be ruled according the Portuguese Criminal Code established in 1886 by colonial powers of the time. This is an opportunity to remove discriminatory articles that excuse violence against women and girls from the code altogether.

Article 223 in the Code passed in draft in 2013 would enable a person accused of sexual offences to escape prosecution if they marry the person they are alleged to have abused. Although this practice is already customary in the country, it has not previously been included in the Criminal Code. AllAfrica.com reports that younger women and girls are the most at risk of being forced to marry their attacker, under pressure from relatives to 'honour' their family.

If a penalty were imposed, it would be suspended for five years of marriage and then dropped – unless the accused has caused a divorce or separation in that time.

Your petitions made a difference

Last month we sent out an urgent SMS to our mobile network about the danger posed to women and girls in Mozambique under the proposed law. Around 10,000 people in the UK signed their support via text message. We added their names to our international petitions to the authorities in Mozambique, alongside letters and emails from Amnesty sections around the world.

Thank you to all who took action – your messages really have made a difference.

If you are not already a member of our SMS network and you’re over 14,  you can sign up to receive urgent actions like this by texting PROTEST and your first name and last name to 70505.

It’s not all good news

For example, according to the Code, alleged sex offenders will not have a criminal prosecution brought against them unless the alleged victim, their parent or guardian (if they are a minor), or someone the victim lives with, makes an official complaint. It is likely that survivors of sexual abuse will be discouraged from reporting the abuse by shame, fear or pressure from others.

The Code also effectively denies children aged between 12 and 18 who have been subjected to abuse protection that they should be granted by their government’s national and international human rights obligations.

There is still work to be done to protect women and girls in Mozambique from sexual violence, starting with laws that protect survivors of sexual abuse rather than their abusers. Dropping Article 223 from the new Criminal Code is one step in the right direction.