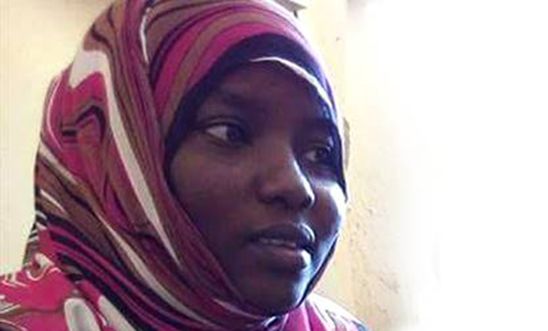 Thanks to the hundreds of thousands of people around the world that raised their voices, the Sudanese court of appeal has repealed the death penalty against Noura Hussein. Instead, she will serve five years in prison from the date of her arrest and is required to pay of 337,500 Sudanese pounds (around $8,400) in dia (blood money).

'While the quashing of this death sentence is hugely welcome news, it must now lead to a legal review to ensure that Noura Hussein is the last person to go through this ordeal'

'Noura Hussein was the victim of a brutal attack by her husband and five years’ imprisonment for acting in self-defence is a disproportionate punishment.'

Noura also recently enrolled on a distance learning course so she can pursue her dream of becoming a lawyer.

Noura Hussein was 16 years-old when she was forced into marriage. Her father and new husband signed a marriage contract, but she wanted to finish her education and train as a teacher. When her family insisted that she marry Hammad Hussein, she ran away to her aunt’s house.

Three years later, when she finished school in April 2017, she was tricked into returning home by her family. They handed her over to her husband, forcing her to move into his home.

The first time Noura’s new husband raped her, he got his two brothers and a male cousin to pin her down while he did it. The next day he tried to rape her again, but she defended herself. In the ensuing struggle, Hammad sustained fatal knife wounds.

Noura went to her family and told them what had happened, her father took her to the police station and her family have disowned her. The police charged Noura with murder.

At her trial, the judge applied an outdated law which does not recognise marital rape. A medical examination report from the fight with Hammad indicated she’d sustained several injuries, including a bite and scratches.

Noura was charged with 'intentional murder', though she was defending herself from her rapist. Now, at just 19 years-old, she has been sentenced to death.

We needed your help to call upon the Sudanese authorities to repeal Noura’s death sentence, and allow her a retrial considering her mitigating circumstances.