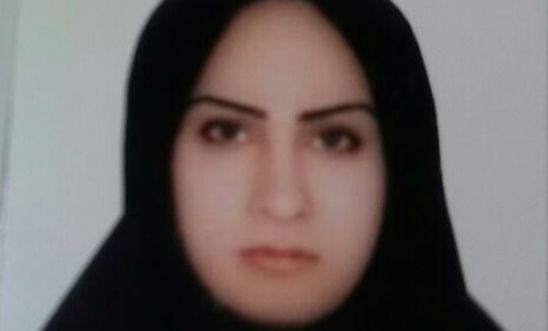 Zeinab Sekaanvand Lokran came from a poor, conservative Iranian-Kurdish family, and ran away from home at 15 to marry Hossein Sarmadi in the hope for a better life.

Soon after the wedding, Hossein started beating Zeinab – she asked for a divorce, but he refused. She told police, but they ignored her. She ran away, but her family disowned her.

She was 17 when her husband died. Zeinab was arrested and “confessed” that she killed her husband. She was then held at the police station for 20 days and repeatedly tortured by police officers.

After an unfair trial, in which she was denied access to a lawyer during her entire pre-trial detention, Zeinab was sentenced to death by hanging.

In 2015, Zeinab married a fellow prisoner in Oroumieh Central Prison and became pregnant. Her execution was delayed while Zeinab was expecting.

But doctors said her baby died in her womb two due to shock, around the same time her cell mate and friend was executed on 28 September 2018.

She returned from hospital to the prison the very next day and was hanged on 2 October.

We won't stop fighting for justice

Nearly 90,000 of you signed our petition urging the Iranian authorities to halt Zeinab’s execution and throw out her death sentence.

Unfortunately, Zeinab’s story is not an isolated case in Iran. We have recorded at least 74 executions of juvenile offenders between 2005 and 2016 in Iran. Zeinab is the fifth to be executed in 2018 so far.

Zeinab's execution should never have happened and it's vital that we don't give up fighting for people so it doesn't happen again. The death penalty is never the answer.

Find out why we're working to end the death penalty

Zeinab only met her state-appointed lawyer for the first time at her final trial session. It was then that she retracted confessions made when she’d had no access to a lawyer.

She told the court that her husband’s brother, who she said had raped her several times, was responsible for the murder and had coerced her into confessing, promising he would pardon her (under Islamic law, murder victims’ relatives have the power to pardon the offender and accept financial compensation instead).

This statement was ignored by the court, which instead relied heavily on her old “confessions” to reach its verdict.

A child at the time of the crime

Zainab was just 17 at the time of the crime she was accused of. The courts completely failed to apply juvenile sentencing from Iran’s Islamic penal code in her case.

They also failed to tell her that she could submit an application for retrial. Iran’s penal code falls woefully short of what’s required for juvenile offenders under international human rights law, and even the limited safeguards that do exist are not adhered to by the authorities.

The use of the death penalty for crimes committed by people under 18 is also completely prohibited under the Convention on the Rights of the Child, which Iran has signed up to.