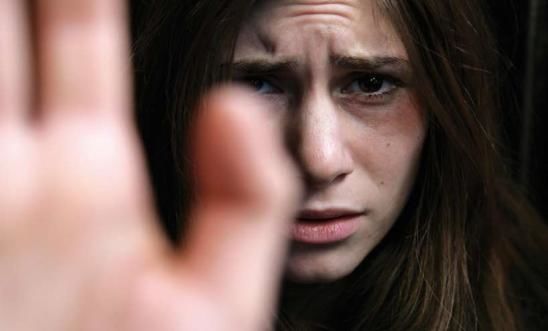 What is human trafficking?

The United Nations defines trafficking as ‘the recruitment, transportation, transfer, harbouring or receipt of persons, by means of the threat or use of force or other forms of coercion, of abduction, of fraud, of deception, of the abuse of power or of a position of vulnerability or of the giving or receiving of payments or benefits to achieve the consent of a person having control over another person, for the purpose of exploitation.’

We published research on human trafficking in Scotland in 2008. At the time it was ground-breaking. We revealed that people were being trafficked across Scotland, and that trafficking victims had been identified and rescued by the police. Despite this, no prosecutions had ever been successfully brought against those responsible.

We called for training and joint working to be improved to ensure victims were correctly identified. We also wanted better services for victims to be made available, for immigration enforcement to be delayed for trafficked victims and for the prosecution of victims forced to undertake illegal acts to be ended.

We want legislation that supports the victims of trafficking, whose human rights have been so dreadfully abused.

2013: Consulting on a potential law for Scotland

In September 2013 Jenny Marra MSP launched a consultation on new legislation that would consolidate criminal offences around trafficking, place a greater responsibility on government to address the issue, and provide improved services for victims. Our response to the consultation is available for download at the bottom of this page.

In March 2014, the then Justice Secretary Kenny MacAskill announced that the Scottish Government plans to create a dedicated Human Trafficking Bill for Scotland.

The government say that the Bill will:

The Bill was formally introduced by the successive Justice Secretary, Michael Matheson MSP, on 11 December 2014.

We gave evidence before the Scottish Parliament's Justice Committee on 24 March 2015.

Our comments on the Bill

We welcome the introduction of the Scottish Government’s Human Trafficking and Exploitation (Scotland) Bill, intended to simplify and consolidate legislation to improve prosecution rates whilst ensuring victims of all the forms of this heinous violation of human rights, are adequately and appropriately supported.

To successfully achieve these aims, our submission proposes that:

Read our recommendations in full (PDF)

Read the transcript of our verbal evidence to Parliament

The need for a Scottish law

By putting the health and welfare of the victims of human trafficking first and providing police, prosecutors and other agencies with the tools to detect and prosecute the perpetrators of this heinous crime, the Scottish Government  is showing that it is serious about making Scotland a no-go area for traffickers.

We look forward to continued working with the government and the many organisations and individuals who have long campaigned to put an end to this vile and insiduous crime, in order to ensure that these intentions become a reality.

There is a real need for this legislation in Scotland: the Draft Modern Slavery Bill, currently lodged in the UK Parliament, at present covers only England and Wales. In its current form it focuses on addressing those who undertake trafficking and doesn't cover victim support services. A Scottish Bill will be able to address specific problems that human trafficking brings to our country.

We are a member of the Anti-Trafficking Monitoring Group, set up in 2009 to measure the UK Government's compliance with a Europe-wide initiative on human trafficking (the Council of Europe Convention on Action against Trafficking in Human Beings).

In June 2011, the Group published an analysis of UK measures to protect trafficked persons: Wrong Kind of Victim? A section of this report was devoted to an examination of the situation in Scotland and recommendations for the Scottish Government. In October 2013 this report was updated, showing the progress in addressing trafficking and the recommendations from the previous report.